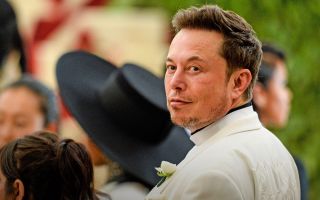 Elon Musk is in the middle of a very public meltdown right now.

It began when the PayPal billionaire turned SpaceX and Tesla founder tangled with Twitter users about complaints of union-busting tactics in his factories, along with a report from the nonprofit investigative reporting outfit Reveal suggesting Tesla failed to disclose and properly guard against workplace injuries. But it's since spiraled, and Musk has doubled down against "the media" writ large, and gotten into snits with a number of other Twitter users.

At one point, Musk posted a tweet goading "the media" to perform better in a Twitter poll he created, writing, "Come on media, you can do it! Get more people to vote for you. You are literally the media."

Upulie Divisekera, an Australian molecular biologist, cancer researcher and nanotechnologist, responded with a tweet saying, "With all due respect, this is pathetic."

"Nano," of course, is a prefix refering to a particular very small size scale. (A nanometer is one-billionth the size of a meter.) This set off a bit of a firestorm between users taking Divisekera's side and Musk's online fans. And several scientists jumped in to say their piece.

Ajit Bhaksar, a chemist at Unilever, pointed out a number of important technologies that involve nanotechnology.

Ketan Joshi, a science writer, pointed out that the terminology of one of Musk's industries, solar power, is often used in silly ways, and suggested Musk's tweet verged on pseudoscientific thinking.

Musk later doubled down in a separate tweet to the engineer Michelle Dickinson, writing that "Nano applies to everything & therefore means nothing. Definitely indicates bs. Sorry."

Here's how Divisekera explained what "nano" means in a series of replies to Musk: