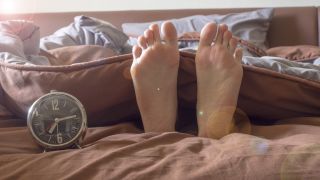 Our bodies are made up of clocks that keep time with the rotation of our planet — and when these clocks are thrown out of whack, it does more than disrupt sleep. Now, a new study from the United Kingdom adds more evidence that disrupting your body's clock may also be linked to mood disorders.

The study — which is the largest on this topic done to date with more than 90,000 participants — found that disruptions to the body's clocks were associated with a higher risk for mental health conditions, including depression and bipolar disorder. However, the researchers cautioned that the study found only an association between the biological clock and these conditions; it didn't prove cause and effect. [9 DIY Ways to Improve Your Mental Health]

The body's so-called master clock lies in an area of the brain called the suprachiasmatic nucleus. Using light cues from the sun, the master clock can figure out what time it is and relay that information to the "peripheral clocks" found throughout the body. Indeed, most cells in our body have a cluster of proteins that rotate on and off of each other to keep time throughout the day on a near-24-hour rhythm.

But factors like artificial light, night shifts, aging, certain diseases and traveling across time zones can throw this delicately tuned system into shambles. And that can lead to adverse effects (think that hazy feeling you get when you've traveled across the world).

In the study, which was published today (May 15) in the journal The Lancet, participants were recruited from the UK Biobank, a large project that took vitals and other health information from around 500,000 adults in the United Kingdom for future analysis and studies. From 2013 and 2016, more than 90,000 of these individuals were asked to wear accelerometers on their wrists that measured their movement for one week. In addition, the participants completed mental health questionnaires.

The study found that people with a greater disruption in circadian rhythms were more likely to have major depression disorder or bipolar disorder in their lifetime than those with less disruption. These individuals  were also more likely to have mood swings, higher levels of neuroticism and loneliness, and lower levels of happiness and satisfaction with their health. What's more, people who had a higher disruption in their body clocks had slower reaction times than those with less disruption; reaction times provide an "indirect measure of cognitive function," according to a press release.

Aiden Doherty, a senior research fellow at the University of Oxford who wasn't part of the study, stressed in a commentary published alongside the study that the research cannot prove that circadian rhythm disruption causes mood disorders. Instead, it raises the question, "Does circadian disruption cause a decline in mental health status or vice versa, or are both due to some third factor?" he wrote.

Doherty said the study's method of using accelerometers to determine a circadian rhythm disorder was an improvement over more-traditional, subjective measures, such as asking participants whether they are night or day people. "Such measures are typically crude, unreliable and not particularly sensitive," Doherty wrote.

However, he added that the study population, due to their age, "is not ideal to examine the causes of mental health, given that 75 percent of [mood] disorders start before the age of 24 years."

The circadian rhythm is known to undergo some changes during adolescence, a time that is also defined by the start of mood disorders, Doherty wrote. The new study, therefore, could provide a useful blueprint for carrying out similar research in adolescents or young adults to broaden the understanding of the causes and potential prevention strategies of mood disorders in this age group, he said.

Academics have previously recognized the importance of this far-reaching system, which controls much of our body and may affect our mental health. Last year's Nobel Prize in physiology or medicine went to circadian rhythm researchers for their discoveries of the molecules that control our body's delicate ticking.