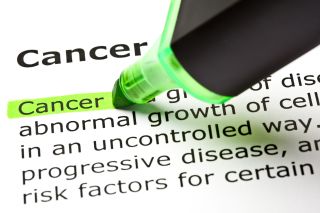 Which of the following raises the risk for cancer: alcohol, genetically modified foods or stress?

Only one is correct (it's alcohol), but according to a new survey from the United Kingdom, people have a hard time sorting out real cancer risk factors from fake ones.

The survey asked more than 1,300 randomly selected people across the United Kingdom if certain things or behaviors caused cancer. The items included real, known risk factors such as smoking, drinking alcohol, being infected by HPV and being overweight. But they also included things and behaviors that — though commonly believed to be risk factors — actually aren't. These "mythical" risk factors included stress, cellphones and genetically modified foods. [10 Do's and Don'ts to Reduce Your Risk of Cancer].

Because the study was done in the United Kingdom, it's unclear if the results also apply to other countries and cultures, such as the U.S., said lead study author Lion Shahab, an associate professor in health psychology at University College London. But "insofar as the environment in which people obtain information and news is similar in the U.S., it's likely to extend to the U.S. and [possibly to] other countries," he said.

Elisa Bandera, a professor of epidemiology at the Rutgers Cancer Institute of New Jersey who was not involved in the new study, agreed that the results probably hold true in the U.S. as well.

"I would think it can be extrapolated to the U.S.," Bandera told Live Science. "Information, including health information, travels widely nowadays through electronic and social media." But, she added, the belief in false information probably depends on other factors, like level of education and age.

This study found that, on average people could identify 52 percent of the actual risk factors, but said that 29 percent of the mythical risk factors could also cause cancer. What's more, people were unsure whether more than a third of the mythical items, on average, raised cancer risk. "We were quite surprised by how common these [mythical] beliefs are," Shahab said.

For example, one-third of the people who took the survey believed that genetically modified food raised cancer risk, and more than 40 percent believed that stress and food additives did the same. But there's no scientific evidence that any of these things raise cancer risk, which raises the question: Where do these myths come from?

"I think there's a lot of information out there in the modern age we live in and I think people might have difficulties differentiating what is new and what isn't," Shahab told Live Science. There are many studies that come out, and some can be misconstrued, misunderstood or hyped up by the media, he added.

The researchers found that younger people tended to be more aware of what was mythical and what wasn't, compared with older people who took the survey.

This finding could be because younger people are savvier with social media and can better navigate the fake and real news, but it could also be due to larger, cultural reasons including being more critical of information, Shahab said. Younger people could also be more inclined to accept technology without a critical eye, he added. (Some of the fake risk factors included cellphones and electromagnetic frequencies, such as those from microwave ovens.)

The study also found that people who were white, had higher socioeconomic status and were more educated were more aware of what actually could raise the risk for cancer.

"We know from psychology that what people believe impacts their behavior," Shahab said. Indeed, the researchers found that the more aware people were of the actual risk factors, the more likely they were to eat enough fruits and vegetables in their diets and to refrain from smoking. The researchers said they hope that more people will learn what could be a risk factor for cancer and tailor their behaviors accordingly.

Interestingly, the study also found that "if you are more likely to believe mythical causes that lead to cancer, it doesn't affect your health behaviors very much, which is reassuring," Shahab said. In other words, people who thought microwaves caused cancer didn't necessarily avoid microwaves.

Shahab noted that the information surrounding cancer risk factors can be confusing and that while "we need people to change behaviors that cause cancer, we don't want them to worry about things that don't."

So, when you hear the next cancer-warning whisper, perhaps do some of your own digging into peer-reviewed publications. It might be nice to have fewer things to worry about.

The study was published April 25 in the European Journal of Cancer.