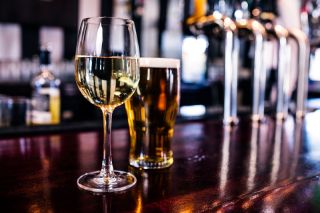 Drinking alcohol, even a light or moderate amount, increases the risk of several common cancers, according to a leading group of cancer doctors.

This week, the American Society of Clinical Oncology (ASCO) issued a statement identifying alcohol as a "definite" risk factor for cancer. The statement is intended to raise awareness about the strong link between alcohol and cancer.

"People typically don't associate drinking beer, wine and hard liquor with increasing their risk of developing cancer in their lifetimes," Dr. Bruce Johnson, the president of ASCO, said in a statement. Indeed, a recent survey from the organization found that 70 percent of Americans didn't know that drinking alcohol is a risk factor for cancer.

"However, the link between increased alcohol consumption and cancer has been firmly established," Johnson said. [10 Do's and Don'ts to Reduce Your Risk of Cancer]

It's estimated that, worldwide, about 5 percent of new cancers and 6 percent of cancer deaths each year are directly attributable to alcohol consumption, the ASCO statement said.

The statement also cites a recent report from the World Cancer Research Fund and the American Institute for Cancer Research, which concluded that there is convincing evidence that drinking alcohol can be a cause of seven cancers. These include breast cancer, colorectal cancer, esophageal cancer, liver cancer and cancers of the oral cavity, pharynx and larynx (also referred to as "head and neck cancer").

"The good news is that, just like people wear sunscreen to limit their risk of skin cancer, limiting alcohol intake is one more thing people can do to reduce their overall risk of developing cancer," said Dr. Noelle LoConte, an associate professor of medicine at the University of Wisconsin and lead author of the ASCO statement.

ASCO's statement also offered some recommendations to reduce excessive alcohol consumption in the general population, including increasing alcohol taxes and prices, enhancing enforcement of laws that prohibit the sale of alcohol to minors, restricting youth exposure to alcohol-related advertising and providing alcohol screening in doctors' offices.