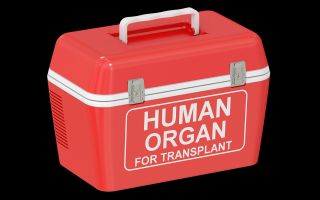 It's difficult to describe the opioid epidemic as having anything resembling a "silver lining," but as deaths from opioid use have skyrocketed, one arguably positive outcome has been more organ donations from overdose victims, a new study suggests.

Since 2000, the number of overdose deaths in the U.S. has climbed steeply, nearly tripling in 15 years. Meanwhile, organ donations from overdose deaths have also been on the rise, increasing 24-fold during the same period. [America's Opioid-Use Epidemic: 5 Startling Facts]

More opioid-related deaths significantly increased the availability of viable organs to those who desperately needed them, according to the study, published online today (April 16) in the journal Annals of Internal Medicine. In 2017, national waiting lists for organ donations held about 120,000 names, while donors numbered slightly over 10,000; often, people in need of organ donations wait an average of five to seven years for a transplant, facing a greater chance of dying than of receiving a required organ in time, the study authors reported.

In the study, researchers looked at data from 2000 to 2017 representing 138,565 organ donors and 337,934 transplant recipients. Recorded transplants included 177,522 kidneys; 97,670 livers; 35,710 hearts; and 27,032 lungs. The researchers examined the number of overdose donors over time and the success rates of donations in transplant recipients, comparing the success of organs donated by people who died from overdoses, from accidents, and from medical causes.

Five years after the surgeries were performed, transplants from overdose donors often proved as successful as donations from trauma victims and more so than donations from medical victims, the study found.

One explanation for that might be that overdose victims — and many trauma victims — tend to be younger, so overall, their organs are in better shape than those of people who die of conditions such as high blood pressure, heart disease or diabetes, said lead author Dr. Christine Durand, a transplant and infectious-disease physician and an assistant professor of medicine at Johns Hopkins Medicine.

Some may argue that organs from overdose victims are unsuitable for transplants, as behaviors associated with intravenous drug use usually carry a higher risk for viruses such as HIV, hepatitis B or hepatitis C, the researchers wrote in the study. However, improved screening tests are now accurate enough that health professionals can say with a high degree of certainty at the time of donation that the organ is free of infection and that the risk to recipients "is exceedingly low," Durand told Live Science.

"Screening tests have improved dramatically since the late 1990s," she said. "Testing practices include not only antibody tests for the infections, but what we call nucleic acid tests — testing for the virus in the blood — so that we would catch even donors that had been recently infected."

Though organ donations from overdose deaths are neither an ideal nor a sustainable solution to the current organ shortage in the U.S., these donations can mean the difference between life and death for people in dire need of transplants, Durand said.

"We need to maximize all of the treatments and all of the interventions to really get rid of the opioid epidemic in the U.S.," she said. "But in the face of tragedy, we also have an obligation to maximize every gift of life."