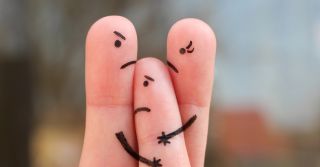 There's a lot of cocaine and heroin in the world, and there's a pretty good chance you've got a tiny bit of it on your body right now — even if you've never knowingly touched the stuff.

That's the conclusion of a new paper published in the journal Clinical Chemistry today (March 22), which found that 13 percent of drug-free study participants had traces of the drugs on their fingertips. The participants, residents of the United Kingdom tested at the University of Surrey, didn't have enough heroin or cocaine on their fingers for it to be visible, and certainly not enough to get them (or anyone) high. But they did have enough cocaine or heroin on their hands to trip very sensitive instruments called mass spectrometers.

But the point of the study wasn't just to reveal that there's a whole lot of trace narcotics floating around out there. [9 Weird Ways You Can Test Positive for Drugs]

While they did arrive at such a cutoff, they also found that there's a lot of environmental contamination on people's fingers — and that it doesn't go away when study participants wash their hands.

"Think of cocaine on paper money," Halden told Live Science. "We know that a lot of currency is contaminated with cocaine."

Halden would know: His lab collects sewage water samples from all over the world and tests them for traces of drugs. While most people might not admit to using drugs, he can tell how much certain drugs are actually getting used in a given city based on the traces they leave in the sewage system.

Still, Halden said, the fingerprint finding is new and interesting, and could represent a method of quick drug testing that's less invasive than drawing blood or collecting hair samples.

That said, Halden cautioned that the results would be much more uncertain than those existing methods. Where people live and which things they regularly touch might lead to a wide range of baseline-level drug traces among different people. A bank teller or tollbooth operator, he speculated, might have much more significant drug traces just from touching cash all day.

"If I'm a lawyer and my client tested for drugs this way, this would be an easy way out [of a conviction]," he said. "I predict it could be potentially helpful [for drug testing], but it would not very rapidly replace other types of testing, like bodily fluids."

While it might surprise readers to learn they have a reasonably good chance of having drugs they've never used on their fingertips, Halden said it's nothing to worry about.

"The levels are way too low to be consequential," he said.

The reality is that chemists' instruments are so sensitive that they can detect even the tiniest traces of substances.

"We also can detect a lot of prescription drugs in drinking water," Halden said. "There [are] a few molecules in there — enough for us to detect them as analytical chemists, but not enough to have a measurable impact on people."

In other words, no one's getting high from finger-molecules of old cocaine on their banknotes. And they don't represent any kind of individual danger to anyone.

That said, Halden added, there just isn't enough data yet to know if there might be some kind of population-level effect from this kind of widespread contamination. But if it's there, he said, it's vanishingly subtle — to the point of having zero measurable effect on any one individual — and people should not worry about it.