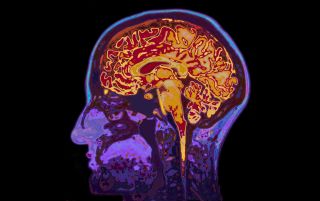 Every time you learn a skill, new cells burst to life in your brain. Then, one after another, those cells die off as your brain figures out which ones it really needs.

In a new opinion paper, published online Nov. 14 in the journal Trends in Cognitive Sciences, researchers proposed that this swelling and shrinking of the brain is a Darwinian process.

An initial burst of new cells helps the brain deal with new information, according to the paper. Then, the brain works out which of these new cells work best and which are unnecessary, killing off the extras in a survival-of-the-fittest contest. That cull leaves behind only the cells the brain needs to most efficiently maintain what it has learned, the paper said. [10 Things You Didn't Know About the Brain]

The initial swelling or burst of brain cells is "rather small, of course," said lead author Elisabeth Wenger, a researcher at the Center for Lifespan Psychology at the Max Planck Institute for Human Development in Berlin, Germany. "It would be quite impractical to have huge changes" inside the skull.

Researchers have long known that brains change in response to learning. A classic 2003 study, for example, observed major volume differences between the brains of professional and amateur musicians. But the new study is the first time researchers have watched that growth in action over a fairly long timescale, Wenger said, and offered a hypothesis as to how it works.

Wenger and her colleagues had 15 right-handed study subjects learn, over the course of seven weeks, to write with their left hands. The researchers subjected the enterprising learners to magnetic resonance imaging (MRI) brain scans over the study period. The gray matter in the subjects' motor cortices (regions of the brain involved in muscle movement) grew by an additional 2 to 3 percent before shrinking back to its original size, the researchers found.

"It's so hard to observe and detect these volumetric changes, because, as you can imagine, there are also many noise factors that come into play when we measure normal participants in the MRI scanner," Wenger told Live Science. ("Noise" refers to messy, fuzzy artifacts in data that make it difficult for researchers to make precise measurements.)

MRIs use complex physics to peer through the walls of the skull into the brain. But the machines aren't perfect and can introduce errors in fine measurements. And the human brain swells and shrinks for reasons other than learning, Wenger said. For example, your brain is a lot more thick and turgid after a few glasses of water than if you're dehydrated, Wenger said.

That's why it's taken so long for researchers to make good observations of this growth and shrinking over time (or, as the scientists call it, expansion and renormalization), Wenger said. It's also why they can't yet offer more detail as to exactly which cells are multiplying and dying off to cause all that change, she said.

Some mix of neurons and synapses — as well as various other cells that help the brain function — bursts into being as the brain learns. And then some of those cells disappear.

That's all the researchers know so far, though it's enough for them to develop their still-somewhat-rough model of expansion and renormalization. In order to deeply understand exactly how the process works, and what kind of cells are being selected for, the researchers need to study the process at a much finer level of detail, they said in the paper. They need to see which cells are appearing and which are disappearing.

In attempting to do that, however, researchers face the constant challenge of neuroscience: It's not exactly ethical to slice into the skulls of living people and poke around with microscopes and needles.

Wenger said the next steps will involve fine-tuning MRIs to help provide the finer level of detail the scientists need. The researchers will also do some poking around in the brains of animals, where expansion and renormalization is already somewhat better-understood, she added.