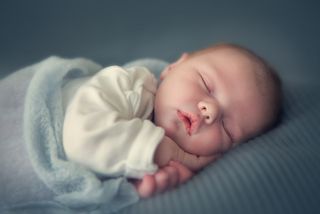 The practice of "vaginal seeding," in which a mother transfers her vaginal fluid to her newborn after a cesarean section, is generally not recommended, according to new guidelines from a leading group of women's health care physicians.

The idea behind vaginal seeding is that there may be benefits to exposing infants to bacteria and other microorganisms in the vaginal fluid. When born via C-section, an infant may lack exposure to the mother's vaginal bacteria, which help to stimulate the newborn's immune system, according to the American College of Obstetricians and Gynecologists (ACOG), which issued the new recommendations. Indeed, some studies suggest that infants born via C-section are at increased risk for asthma, allergies and other immune system disorders, compared with infants born vaginally.

However, despite this theoretical benefit, there is a lack of data showing that vaginal seeding is safe or effective, ACOG said. For these reasons, ACOG does not recommend vaginal seeding outside of an approved research study. [7 Facts Women (And Men) Should Know About the Vagina]

"Understandably, patients who may need to undergo a C-section are increasingly seeking counsel from ob-gyns on whether vaginal seeding is appropriate," Dr. Christopher Zahn, vice president of practice activities at ACOG, said in a statement. "However, due to the lack of sufficient data, the very real risks outweigh the potential benefits."

Importantly, there is a risk of transferring disease-cuing bacteria or viruses to the infant during vaginal seeding, Zahn said. Some bacteria — including group B Streptococcus, and the bacteria that cause chlamydia and gonorrhea — as well as the herpes simplex virus can live in the vaginal fluid without causing symptoms in the mother but may cause severe disease in newborns, according to ACOG.

In addition, there is currently not enough evidence to prove that a lack of exposure to vaginal microbes actually causes asthma, allergies or autoimmune diseases. That's because other factors, such as diet and genetics, also influence a person's risk of developing these conditions. Therefore, more research is required to better understand the link between C-section delivery and the risk of developing these immune system conditions, the researchers said.

For now, Zahn said, the best way to overcome a newborn's lack of exposure to vaginal bacteria is to breast-feed for the first six months of an infant's life.

"The bacteria present in breast milk and on the nipple is sufficient for natural colonization or seeding of the gut," Zahn said. "There may be some initial difference in the gut microbiota of infants based on mode of delivery, but research has shown that difference disappears after about six months."