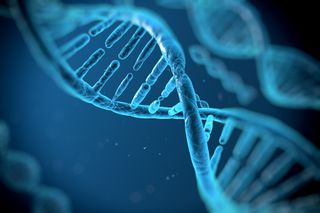 A new gene therapy may soon be approved to treat a rare genetic form of vision loss and blindness. But how does it work?

Tomorrow (Oct. 12), a panel of advisers for the Food and Drug Administration (FDA) will consider whether to approve the therapy, called Luxturna. It is made by the biotechnology company Spark Therapeutics.

Luxturna is intended to help people who have mutations in a gene called RPE65, which is responsible for making a protein found in the retina (the light-sensitive cells at the back of the eye) that is critical for normal vision. People inherit two copies of the RPE65 gene, but if both of the copies have mutations, those people experience progressive vision loss starting in infancy, according to Spark Therapeutics. At first, patients may lose their peripheral vision and develop "tunnel vision," and they may also have trouble seeing in dim light. But eventually, they may lose their central vision as well and become totally blind, Spark Therapeutics said. [Unraveling the Human Genome: 6 Molecular Milestones]

RPE65-related eye diseases affect an estimated 1,000 to 3,000 people in the United States, the company said. Currently, there are no drugs to treat these diseases.

The gene therapy works by giving patients a working copy of the RPE65 gene. The researchers placed this gene inside a modified virus that is not harmful to people, and this "vector" delivers the gene to the retinal cells. Doctors administer the therapy during a procedure that involves injecting the modified virus into patient's eyes.

In a recent study of Luxturna, conducted by Spark Therapeutics, the researchers gave the drug to 20 patients with a condition called Leber congenital amaurosis (LCA), an eye disease that results from RPE65 mutations. This group was compared to nine patients with LCA who did not receive Luxturna (called the "control group.")

Because patients in the study were followed only for a year, it's unclear how long the effects last. However, some patients in earlier studies of the drug have been followed for several years, and these patients have maintained their initial improvements, Spark Therapeutics said.

Although Luxturna was only tested in patients with LCA, it's thought the drug may be helpful to patients with other diseases caused by RPE65 mutations, the researchers said.

If Luxturna gets the green light from the FDA, it would be the first time a gene therapy for an inherited disease has been approved in the United States, according to Reuters.