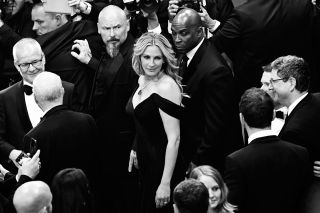 As the saying goes, beauty is in the eye of the beholder — but People magazine may play a big role, too: The magazine has arguably helped to shape modern standards of beauty since launching its annual "World's Most Beautiful" list in 1990.

This year, actress Julia Roberts claimed the title for People's "World’s Most Beautiful Woman" of 2017 for a record-breaking fifth time. And now, a new study sheds light on how beauty standards have evolved from 1990 — when Michelle Pfeiffer was named the first "Most Beautiful Person" by People — to the present day.

Ideas about beauty can vary greatly based on personal preference and across different cultures. In the study, the researchers examined changing standards of beauty according to People magazine, which has the largest audience of any U.S. magazine, with a readership of 43.6 million adults, according to the study, published today (Oct. 11) in the journal JAMA Dermatology.

The researchers compared the 50 celebrities from the 1990 list with the 135 celebrities from the 2017 list. Specifically, they looked at how demographics such as age, sex, race, skin type, hair or eye color and any visible dermatologic conditions have changed over the last 27 years. [7 Beauty Trends that Are Bad for Your Health]

To classify different skin types, dermatologists use something called the Fitzpatrick Scale, which looks at a person's skin tone and risk of sunburn (lower numbers on the scale are more likely to burn). In the study, the researchers found that 88 percent of the celebrities from the 1990 "Most Beautiful Women" list had lighter skin tones (Fitzpatrick Skin Types 1 to 3), and only 12 percent had darker skin tones (Fitzpatrick Skin Types 4 to 6). In 2017, however, 70.4 percent of the candidates had lighter skin types and 29.6 percent had darker skin types, according to the study.

"As evidenced by our data and contrary to our hypothesis, at present, a wider variety of skin colors and inclusion of older age groups are represented among those deemed to be the most beautiful," the researchers, led by Dr. Mayra Maymone, a dermatology research assistant at Boston University School of Medicine, wrote in the report.

Regarding race, the proportion of nonwhite celebrities also increased from 24 percent in 1990 to 40 percent in 2017. Furthermore, mixed-race celebrities were represented by only one person (2 percent) in 1990, and 14 people (10.4 percent) in 2017. However, only four women of color — Halle Berry, Jennifer Lopez, Beyoncé and Lupita Nyong'o — have received the title of "World's Most Beautiful" since 1990.

"The mass media platform has for years introduced certain criteria for what constitutes beauty," the researchers said. “Through an examination of the [World's Most Beautiful] issue of People, we found that these beauty standards are evolving as people learn how to integrate the effects of media with exposure to new cultures and different norms."