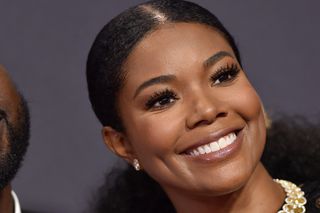 Actress Gabrielle Union has had "eight or nine miscarriages," according to an essay published in her new book.

In the book, Union, who is 44, described her struggles with fertility and in vitro fertilization (IVF), according to People magazine.

"For three years, my body has been a prisoner of trying to get pregnant — I've either been about to go into an IVF cycle, in the middle of an IVF cycle, or coming out of an IVF cycle," Union wrote in the book, "We're Going to Need More Wine" (HarperCollins, 2017). "I have had eight or nine miscarriages," she wrote. [6 Myths About Miscarriage]

The most common cause of miscarriage — which is the spontaneous loss of a fetus before the 20th week of pregnancy — is genetic problems that arise when the fetus is developing, according to the National Library of Medicine. (After the 20th week, the spontaneous loss of a fetus is considered a stillbirth.) These faulty genes are rarely inherited from the mother or the father; rather, the errors occur when the cells of an embryo or a fetus are rapidly dividing. This is especially the case for mothers who have had multiple miscarriages, according to a 2012 study of nearly 500 women that was published in the journal Human Reproduction.

These types of miscarriages have nothing to do with the mother's health or activities; rather, they result from events that occur by chance, according to the Mayo Clinic.

Women with recurrent pregnancy loss have a higher risk of miscarriages, according to the Mayo Clinic.

Certain health conditions can also raise a woman's risk of miscarriage, including uncontrolled diabetes, infections, hormonal problems, uterine or cervical problems, and thyroid disease, according to the Mayo Clinic.

Smoking, drinking and using drugs also increase a woman's risk of having a miscarriage, according to the National Library of Medicine.