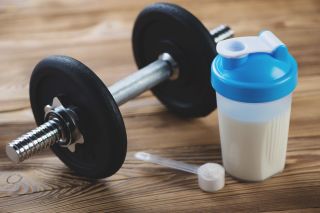 A 25-year-old woman in Australia died after consuming too much protein, in the form of shakes, supplements and protein-packed foods, the New York Post reported yesterday.

The woman, a bodybuilder named Meegan Hefford, was found unconscious in her apartment and was taken to the hospital. Hefford was declared brain-dead by doctors and died two days later.

After Hefford's death, the doctors discovered that she had a rare condition called a urea cycle disorder, which affects how the body breaks down protein, according to the New York Post. [7 Foods You Can Overdose On]

What is a urea cycle disorder, and how can too much protein lead to death?

When a person eats protein, the body breaks the macronutrient down into its building blocks, called amino acids. After using what it needs, the body converts the leftover amino acids into nitrogen, which is removed from the body, according to Cincinnati Children's Hospital Medical Center. To remove the nitrogen, enzymes convert the chemical into a compound called urea, in a process called the urea cycle. This substance is then excreted from the body in a person's urine.

But when a person has a urea cycle disorder, the body can't convert nitrogen into urea, Cincinnati Children's says. This causes nitrogen to build up in a person's blood in the form of ammonia, a highly toxic substance, according to the Genetic and Rare Diseases Information Center (GARD). Too much ammonia in the blood can lead to irreversible brain damage, coma or death, GARD says.

Urea cycle disorders stem from deficiencies in one of the six enzymes in the body responsible for converting nitrogen to urea, GARD says. The disorders are genetic, meaning that they are passed down from parent to child, according to Cincinnati Children's.

The symptoms of urea cycle disorders depend on how severe the condition is. A severe urea cycle disorder, for example, means that a person has little to no activity in one of the necessary enzymes. In people with less severe disorders, enzyme activity levels may be lower than those of a healthy person.

For instance, if a baby is born with a severe urea cycle disorder, symptoms will appear about 24 hours after birth, according to the National Urea Cycle Disorders Foundation (NUCDF). These babies can develop seizures and breathing problems, and may fall into comas, the NUCDF says.

Urea cycle disorders are rare; about 1 in 30,000 newborns is affected, Cincinnati Children's says.

Symptoms of mild to moderate urea cycle disorder can show up in childhood, according to the NUCDF, and can initially include refusal to eat high-protein foods, failure to thrive and inconsolable crying. As the disease progresses, children can develop vomiting, lethargy and delirium. If untreated, the condition can lead to coma and death.

People with mild urea cycle disorders may go until adulthood before they are diagnosed, the NUCDF says. High-protein diets and excessive exercise can trigger symptoms, as can childbirth and certain viruses. In some adults and children, stress can also trigger symptoms, according to Cincinnati Children's.

Although there is no cure for urea cycle disorders, the condition can be managed with a low-protein diet and certain medications that help remove ammonia from the body, Cincinnati Children's says. Sometimes, a person may also need to take amino acid supplements to ensure that the body gets what it needs to function.

In severe cases of these disorders, a doctor may recommend a liver transplant, Cincinnati Children's says. The liver produces the enzymes involved in the urea cycle.