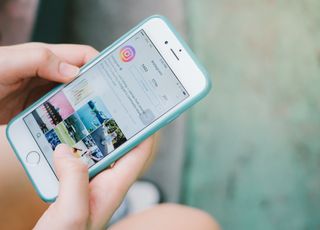 Whether you like posting black-and-white photos or prefer adding filters that make colors pop, your Instagram account may provide clues about your mental health, a new study finds. And artificial intelligence may be particularly good at picking up on those clues.

Using machine learning, computers were able to detect which people had depression based on their Instagram photos, according to the study, and the computers did a better job than randomly selected volunteers.

"This points toward a new method for early screening of depression," co-lead study author Christopher Danforth, a professor of mathematical, natural and technical sciences at the University of Vermont, said in a statement. [7 Ways Depression Differs in Men and Women]

In the study, the researchers looked at the Instagram feeds of more than 160 volunteers, recruited from Amazon's Mechanical Turk, an online crowdsourcing platform. The volunteers provided the researchers with information about past diagnoses of depression and responded to a questionnaire designed to assess a person's level of depression.

About half of the people in the study had been diagnosed with depression in the past three years.

When the researchers analyzed the nearly 44,000 images, they found that posts from users who had a diagnosis of depression were likely to be bluer, grayer and darker than posts from users without the condition. Using a photo filter was less common among the individuals with depression diagnoses than among those without it. But when individuals with a depression diagnosis did use filters, many preferred to filter all the color out of their posts, opting for black-and-white filters such as "Inkwell." Indeed, some of the photo features that the researchers identified "match common perceptions regarding the effects of depression on behavior," the authors noted. For example, previous research has suggested that depression is linked to a preference for darker, bluer and monochromatic colors.

Instagram users in the study who had no depression diagnoses, on the other hand, favored filters such as "Valencia" that lightened the photos.

People with depression diagnoses were also more likely to post photos with people in them, but compared to other users, the posts had fewer people per photo, the researchers found.

Using the Instagram photos and mental health history collected in the first part of the study, the researchers then pitted a different group of volunteers against a machine-learning algorithm to see if humans or AI did do a better job of identifying individuals with depression based on their Instagram posts.

Volunteers rated the photos based on how interesting, likeable, happy and sad each photo seemed on a scale of 0 to 5, according to the study. At least three different people rated each photo. [5 Wacky Ways to Quantify Happiness]

But the machine-learning algorithm did a better job, according to the study. The computer was able to correctly identify individuals with depression 70 percent of the time.

"Obviously, you know your friends better than a computer, but you might not, as a person casually flipping through Instagram, be as good at detecting depression as you think," Danforth said.

In addition, much more research is needed before this type of technology could be used to diagnose mental health conditions. "This study is not yet a diagnostic test, not by a long shot. But it is a proof of concept of a new way to help people," Danforth said.

The study was published online today (Aug. 7) in the journal EPJ Data Science.