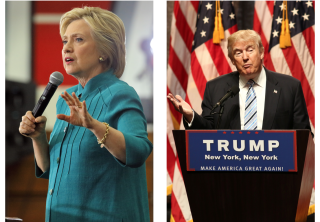 Politicians who have names that are "better matched" to their faces tend to get more votes, a new study suggests.

Researchers looked at men running for the U.S. Senate, and found that the political candidates who had facial shapes that were the most well-matched to the sound of their names won their senatorial races by a larger margin — 10 percentage points, on average — than candidates with the worst fits between the sound of their names and faces. The findings were published online (June 8) in the journal Psychonomic Bulletin & Review.

The findings suggest that names have certain stereotypes associated with them, said lead study author Jamin Halberstadt,a professor of psychology at the University of Otago in Dunedin, New Zealand. [Smile Secrets: 5 Things Your Grin Says About You]

And when a person's facial features seem to contradict the individual's name, the effect can be jarring, and trigger a person to dislike him or her, at least momentarily, Halberstadt said.

In a series of five experiments, the researchers tested whether the faces of men who best matched their names would be judged more positively by study participants than the men who had, in their opinion, more poorly matched names and faces.

What might make a name seem more suitable to a person's face?

The researchers suspected that names would be judged more appropriate when they were congruent with the physical shape of the face of the people who had them. For example, men's names such as Lou or Bob, which require a rounding of the mouth when they are spoken, would be judged a better fit for a man with more geometrically rounded features, such as a rounder face and puffier lips, the researchers guessed.

An "angular"-sounding man's name, such as Pete or Kirk, which does not contain the rounder-sounding vowels "u" and "o," but has the "sharper"-sounding vowels "e" and "i," would be a better fit for someone with more angular features, such as a narrower face and thinner lips.

In two experiments, participants were shown black-and-white photographs of men, and for each face, they were given a list of six to eight names. The participants ranked the names in order of how well they thought the names matched the face.

The researchers found that the participants tended to associate the rounder-sounding male names — Paul, Joe, Lou, George and Bob — with men with rounded facial features. Participants typically ranked angular-sounding male names — such as Rick, Mike, Kirk, Vic and Pete — higher, matching them with the men who had angular-shaped faces, according to the findings. [10 Things You Didn't Know About You]

This showed that people expect men with rounded heads and features to have "rounded"-sounding names, Halberstadt told Live Science.

Previous studies have also demonstrated that people tend to associate people's physical characteristics with certain sounds, and it is based on a psychological phenomenon known as the "Bouba-Kiki effect." The effect is named for people's tendency, when asked to match the made-up words "Bouba" and "Kiki" to a shape, to match a curvy, rounded shape with "Bouba," and a more angular or pointy shape with "Kiki."

The new study showed that the "Bouba-Kiki" effect is not only seen with shapes, but it can also be seen in judgments made about people, Halberstadt said. In other words, the human tendency to associate round-shaped faces with round-sounding names, and angular faces with angular-sounding names, sets up an expectation that some names and faces go together better than others.

The findings also showed that upon discovering that a person had a face with a well-fitting name, participants adjusted their initial impression of that individual's likability upward, Halberstadt said.

In the study's final experiment, the researchers wanted to determine if their findings could have real-world implications. So they showed about 200 participants black-and-white photographs of more than 150 political candidates who ran for the U.S. Senate between the years 2000 and 2008. They only looked at races in which both candidates were male and Caucasian. The participants rated how well the candidate's face suited his first and last name, and the researchers compared this with the actual vote share each candidate received during the election. [6 Politicians Who Got the Science Wrong]

Of course, people vote for senatorial candidates based on other factors, such as their opinions on issues, work experience and political parties. But these findings suggest that a man's name in relation to his other features could have significant benefits, especially if it's a name that fits with people's expectations, Halberstadt said.

Although it was not a senatorial race, Live Science asked Halberstadt to apply his study methodology to the 2016 U.S. presidential election.

He told us that both Donald Trump and Hillary Clinton "have more or less the same relatively round shape of face."