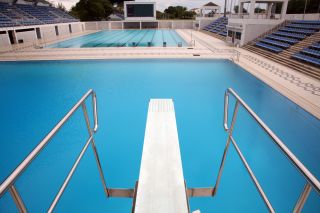 If you got sick from swimming in a pool last summer, there's a good chance it was due to a tiny parasite called Cryptosporidium.

The parasite, which causes cryptosporidiosis, or "crypto" for short, is the leading cause of recreational water-associated outbreaks, according to a new report from the Centers for Disease Control and Prevention.

The number of cases of crypto in the U.S. have about tripled since 2004, according to the report, which was published today (May 18) as a part of the CDC's "Healthy and Safe Swimming Week." Crypto outbreaks are particularly associated with aquatic facilities that have one or more pools. [Tips for Keeping Kids Safe in Swimming Pools]

Crypto causes "profuse, watery diarrhea" that can last for up to three weeks in healthy people, and can be deadly in people who have unhealthy immune systems.

In the new report, the researchers highlighted 2016 crypto outbreaks in Alabama, Arizona and Ohio. Using a new molecular testing technique, CDC investigators tested water samples from the swimming pools involved in those outbreaks. The CDC made a new database called "CryptoNet" available to public health researchers so they can help monitor outbreaks, according to the report.

In Ohio, for example, public health officials reported that the number of crypto cases increased fivefold from 2015 to 2016. Between 2012 and 2015, officials reported a median of about 400 cases each year statewide; this number jumped to nearly 2,000 cases in 2016. Ten of the outbreaks in Ohio in 2016 came from swimming facilities, according to the report.

Crypto is spread in pools when a person who is infected with it, and recently had diarrhea, goes swimming. People who have been sick should wait least two weeks after an infection before swimming, the CDC says.

The parasite can be killed by increasing the chlorine concentration in infected pools for 8 to 28 hours — a process called "hyperchlorination" — which means that people cannot use the pool during this time, the CDC says. Most germs that can infect pools, such as Giardia and E. coli, can't survive for more than an hour in a pool with normal levels of chlorine, according to the CDC. But crypto is hardy; it can survive for more than 10 days in chlorinated water.

Another report, also published today by the CDC, highlighted a less common pool-related problem, but one that may arise as a result of a crypto outbreak: chlorine inhalation. When chlorine levels in a pool are too high, toxic levels of chlorine gas can be produced. People who inhale this gas can develop vomiting and respiratory problems, according to the CDC report.