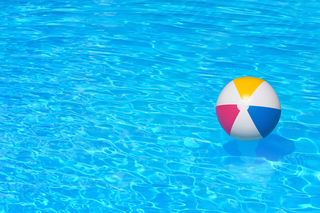 More than 100 people in Ohio have been sickened with a diarrheal illness linked to swimming in local pools, causing health officials to declare an outbreak in several counties.

Yesterday (Aug. 11), officials at the public health department in Columbus said there has been a recent rise in cases of cryptosporidiosis, an illness caused by a hardy parasite that can survive in chlorinated pools.

Overall, 107 cases of cryptosporidiosis have been reported this year in Columbus, Franklin County and Delaware County, which is more cases than the area has seen in the last three years combined, Columbus officials said.

Although public health officials regularly see cases of cryptosporidiosis, commonly known as "Crypto," "there has been a recent rise over the normal threshold of cases," Columbus Public Health said in a statement.

Officials haven't tied the outbreak to any one swimming location. A number of the people who got sick went swimming multiple times at various recreational water facilities in the three counties, the statement said. [10 Bizarre Diseases You Can Get Outdoors]

The Crypto parasite is protected by an outer shell that allows it to survive in chlorinated water for long periods of time, of 10 days or more, according to the Centers for Disease Control and Prevention (CDC). The main symptom of the illness is watery diarrhea, but the parasite can also cause stomach cramps, vomiting and fever, the CDC said. People become infected with the parasite in swimming pools after swallowing contaminated water.

To prevent the spread of Crypto and other illnesses linked with swimming, the CDC recommended that people not swim if they have diarrhea, and stay out of the pool for two weeks after their diarrhea stops if they were diagnosed with Crypto. People should also shower before swimming, take their children on frequent bathroom breaks when swimming, change diapers in the bathroom rather than by the pool and avoid swallowing pool water, the CDC said.

The agency also recommended that swimming water be treated with ultraviolet light or ozone to inactivate Crypto at pools where people may have contracted the disease.