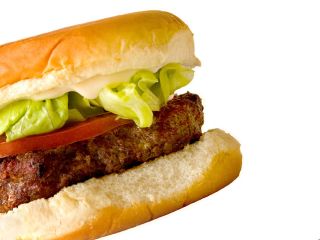 Winston Churchill once predicted that it would be possible to grow chicken breasts and wings more efficiently without having to keep an actual chicken. And in fact scientists have since figured out how to grow tiny nuggets of lab meat and say it will one day be possible to produce steaks in vats, sans any livestock.

Pork chops or burgers cultivated in labs could eliminate contamination problems that regularly generate headlines these days, as well as address environmental concerns that come with industrial livestock farms.

However, such research opens up strange and perhaps even disturbing possibilities once considered only the realm of science fiction. After all, who knows what kind of meat people might want to grow to eat?

Increasingly, bioengineers are growing nerve, heart and other tissues in labs. Recently, scientists even reported developing artificial penis tissue in rabbits. Although such research is meant to help treat patients, biomedical engineer Mark Post at Maastricht University in the Netherlands and his colleagues suggest it could also help feed the rising demand for meat worldwide.

The researchers noted that growing skeletal muscle in labs — the kind people typically think of as the meat they eat — could help tackle a number of problems:

Need to scale up

Stem cells are considered the most promising source for such meat, retaining as they do the capacity to transform into the required tissues, and the scientists pointed to satellite cells, which are the natural muscle stem cells responsible for regeneration and repair in adults. Embryonic stem cells could also be used, but they are obviously plagued by ethical concerns, and they could grow into tissues besides the desired muscles.

To grow meat in labs from satellite cells, the researchers suggested current tissue-engineering techniques, where stem cells are often embedded in synthetic three-dimensional biodegradable matrixes that can present the chemical and physical environments that cells need to develop properly. Other key factors would involve electrically stimulating and mechanically stretching the muscles to exercise them, helping them mature properly, and perhaps growing other cells alongside the satellite cells to provide necessary molecular cues.

So far past scientists have grown only small nuggets of skeletal muscle, about half the size of a thumbnail. Such tidbits could be used in sauces or pizzas, Post and colleagues explained recently in the online edition of the journal Trends in Food Science & Technology, but creating a steak would demand larger-scale production.

The expectation is that if such meat is ever made, scientists will opt for beef, pork, chicken or fish. However, science fiction has long toyed with the darker possibilities that cloned meat presents.

"In principle, we could harvest the meat progenitor cells from fresh human cadavers and grow meat from them," Post said. "Once taken out of its disease and animalistic, cannibalistic context — you are not killing fellow citizens for it, they are already dead — there is no reason why not."

Of course, there are many potential objections that people could have to growing beef, chicken or pork in the lab, much less more disturbing meats. Still, Post suggests that marketing could overcome such hurdles.

"If every package of naturally grown meat by law should have the text, 'Beware, animals have been killed for this product,' I can imagine a gradual cultural shift," Post said. "Of course, we still have a long way to go to make a product that is even remotely competitive with current products."