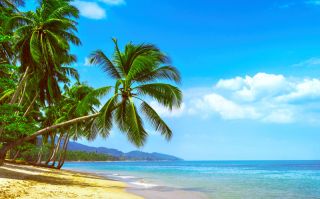 A rare parasitic worm that can infect people's brains is causing concern in Maui, where there has been a rise in cases in recent months.

So far this year, two residents in Maui and two visitors to the island have become infected with the parasite, and four additional cases are under investigation, according to local media outlet Hawaii News Now. Prior to this year, there were just two infections on the island in the past 10 years.

The parasite, called rat lungworm or Angiostrongylus cantonensis, can infect the brain and cause meningitis, according to the Centers for Disease Control and Prevention. Infected people may experience headaches, neck stiffness, nausea, vomiting and abnormal sensations in their arms and legs. Most people fully recover without treatment, but in rare cases the infection can cause neurological problems or death, the CDC said. [10 Bizarre Diseases You Can Get Outdoors]

“If you could imagine, it’s like having a slow-moving bullet go through your brain," Dr. Sarah Park, an epidemiologist at the Hawaii State Department of Health, told the Associated Press. "There’s no rhyme or reason why it’s going to hang out in this part of the brain or that part of the brain," Park said.

The parasite is found in rats, but larvae from the parasite can also infect snails and slugs, the CDC said. People can become infected if they eat raw or undercooked snails or slugs, or by eating contaminated produce, the CDC said.

The parasite is prevalent in Southeast Asia and tropical Pacific islands, but in recent years, its geographical distribution has expanded to other areas, including Africa, the Caribbean and the United States, the CDC said.

In the past decade, more than 70 cases of rat lungworm were reported in Hawaii, most on the Big Island, according to the Hawaii State Legislature.