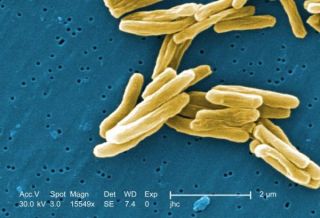 Deliana Garcia is an expert in migrant health and tuberculosis, and the director of international relations, research and development for Migrant Clinicians Network. The organization advocates for funding and research on tuberculosis. Garcia contributed this article to Live Science's Expert Voices Op-Ed & Insights.

The World Health Organization (WHO) recently announced its first-ever list of the antibiotic-resistant superbugs that pose the greatest threat to human health.

TB is one of the deadliest diseases in human history. The M. tuberculosis bacteria that cause it can spread through the air when an infected person coughs. In its most common form, it causes fatigue, long-lasting coughing fits, weight loss, pain in the chest and night sweats. Those with HIV/AIDS or another disease prevalent in areas where TB is often found are particularly vulnerable to the opportunistic bacteria; TB is a leading cause of death for those with HIV/AIDS.

For many people around the world without access to the antibiotics that kill TB or to sufficient medical care to ensure they complete their lengthy treatments, TB is deadly. Here are four reasons TB should hold the No. 1 spot on the WHO's list:

TB should already be wiped off the planet, but we lack the political will and funding focus to deliver it a death blow. Instead, public health officials continue to make major missteps, like leaving it off of the WHO list of antibiotic-resistant bacteria, when it should be center stage. This latest swipe at TB efforts undermines the years of work that TB advocacy groups have done to elevate the cause. [27 Devastating Infectious Diseases]

The WHO said it left TB off its new list because there are "other dedicated programs" that target TB. The WHO's Global TB Program and End TB Strategy, as well as StopTB Partnership and the Global Fund for TB, HIV and Malaria are critical in elevating the message of the urgency around TB, but these programs are not enough. The WHO speaks for the world, and to be included in the list of the agency's world concerns is important. Leaving TB off this list makes it appear that it is less critical than the other bacteria listed — and gives the dangerous impression that TB is under control.