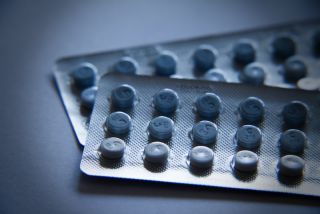 President Donald Trump's new administration has introduced a dizzying array of dramatic policy changes, leaving many people struggling to comprehend the impact. But it's his threat to repeal the Affordable Care Act (ACA), also called Obamacare, that affects nearly all 67 million U.S. women of reproductive age, according to the Guttmacher Institute, and their partners

Such a repeal would jeopardize access to free, highly effective birth control. Republican, Democrat, woman or man: Everyone is put at risk from a wrongly politicized issue that has no place in reproductive health.

Previously uninsured Americans aren't the only ones who've benefited from the ACA. In addition to providing health care access to about 20 million adults and children, the act also requires most insurance plans to make free birth control available as preventive care. Even private, employer-based plans must do this. With Congressional Republicans recently defeating an amendment to maintain the birth control mandate regardless of the ACA's status, it's widely anticipated that many Americans who now receive birth control at no cost may soon have to pay some or all costs. [7 Surprising Facts About the Pill

Purely from an economic standpoint — with emotional and psychosocial factors also at stake — this notion is objectionable.  Nearly half of all pregnancies nationwide are unintended, but access to birth control is the best prevention. Unplanned pregnancies resulted in about $12.5 billion in government expenditures in 2008, according to the American Congress of Obstetricians and Gynecologists (ACOG), one group urging Congress to keep the ACA

President Trump's win in November triggered enormously higher interest among women nationwide in intrauterine devices (IUDs) and other long-acting reversible contraceptives (LARCs), such as hormone injections and implants, Planned Parenthood officials reported. Because IUDs can remain in place for many years, tremendously reducing concerns about unexpected birth-control costs, worried women who want to retain control over their reproductive health are rushing to get the devices while ACA coverage is still in place. I've witnessed this phenomenon firsthand in my own practice

Superior to other pregnancy-prevention methods, because they are effective for up to 10 years without daily vigilance, LARCs are often unaffordable, even for families above the poverty level: The cost of the device plus the procedure to insert it can be more than $700. But one research project, the CHOICE Project in the Midwest, showed that 75 percent of women would choose LARCs if financial barriers were removed.

Where I work, in New York, more protections are in place to maintain free birth control access for state residents, despite the national headwinds. Gov. Andrew Cuomo recently made a bid for a state constitutional amendment protecting a woman's right to choose regardless of federal developments. In addition, he has said he will push for all insurance companies to continue covering free contraception for New Yorkers. [Birth Control Quiz: Test Your Contraception Knowledge]

The state's PCAP (Prenatal Care Assistance Programs) and many family planning programs even outpaced the ACA by providing free reproductive care, including LARCs, to eligible women since 2007. We know that programs like these actually save money: Every dollar invested in such publicly funded family planning services in 2010 saved more than $7 in Medicaid expenditures that would otherwise have been needed to pay the medical costs of maternity and infant care, according to ACOG.

As a physician treating many struggling families, I've seen firsthand what happens when contraception isn't covered. Working several jobs just to pay for rent and food, these individuals simply can't afford the extra expense of birth control, and so may opt to go without. But that's simply not acceptable.

We cannot allow our political views to supersede our humanity.

The reproductive health of our mothers, sisters, aunts, cousins and friends should be a fundamental right and not a topic for political debate.