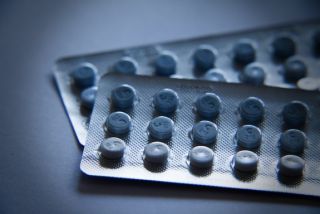 Providing free, reliable birth control to women could prevent between 41 percent and 71 percent of abortions in the United States, new research finds.

In a study published today (Oct. 4) in the journal Obstetrics and Gynecology, researchers provided free methods of reversible, reliable contraception to more than 9,000 teens and women in the St. Louis area. They found that the program reduced the abortion rate among these women by 62 percent to 78 percent.

"The impact of providing no-cost birth control was far greater than we expected in terms of unintended pregnancies," lead author Jeff Peipert, a professor of obstetrics and gynecology at the Washington University School of Medicine, said in a statement. "We think improving access to birth control, particularly IUDs [intrauterine devices] and [hormone] implants, coupled with education on the most effective methods, has the potential to significantly decrease the number of unintended pregnancies and abortions in this country."

The findings have implications for public policy, especially given that President Obama's health-care plan requires employers to offer plans that include birth control coverage. This requirement has been a point of controversy in the lead-up to the 2012 election.

Between 2006 and 2008, 49 percent of all pregnancies in America were unplanned, according to the CDC's National Survey of Family Growth. About 43 percent of these unintended pregnancies ended in abortion. Meanwhile, a 2011 study in the journal Contraception estimated that unintended births cost U.S. taxpayers about $11 billion a year.

To see if access to free contraception could budge those numbers, Peipert and his colleagues recruited 9,256 women ages 14 to 45 living in the St. Louis area through flyers, doctors and word-of-mouth. They also recruited patients from the city's two abortion clinics. Participants were given the option of using any reversible birth control method, from the birth control pill to a hormonal birth control patch to a long-lasting IUD or hormonal implant. [7 Surprising Facts About the Pill]

More than half of the women chose IUDs, 17 percent picked hormonal implants (tiny rods placed under the skin that release hormones), and the rest chose pills, patches and other hormonal methods. As a result, the researchers found, both teen births and overall abortion rates plummeted.

The study highlights the importance of long-acting contraception methods such as the IUD, researchers said. Birth control pills have a higher failure rate than these methods, because women have to remember to take a pill at the same time every day. But IUDs, which last about 10 years, can cost more than $800, the researchers said, putting them out of reach for many lower-income women who may not be able to come up with that kind of money in one lump sum.

"Unintended pregnancy remains a major health problem in the United States, with higher proportions among teenagers and women with less education and lower economic status," Peipert said. "The results of this study demonstrate that we can reduce the rate of unintended pregnancy and this is key to reducing abortions in this country."