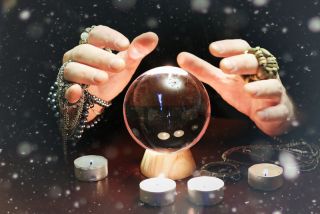 Despite the popularity of horoscopes, most people don't really want to know their futures, a new study from Europe suggests. That's particularly true if future events are negative, such as the person's death, the study found.

Just 1 percent of participants always said that they wanted to know what the future held for them.

"In Greek mythology, Cassandra, daughter of the king of Troy, had the power to foresee the future. But, she was also cursed, and [so] no one believed her prophecies," study author Gerd Gigerenzer, of the Max Planck Institute for Human Development, said in a statement.

"In our study, we've found that people would rather decline the powers that made Cassandra famous, in an effort to forgo the suffering that knowing the future may cause, avoid regret and also maintain the enjoyment of suspense that pleasurable events provide," Gigerenzer said. [7 Things That Will Make You Happy]

Participants were asked whether, hypothetically, they would want to know about 10 future events, which ranged from serious to mundane. These included: when they or their partner would die, what they would die of, whether they would get divorced, what they were getting for Christmas, and the outcome of a soccer game they were going to watch.

The researchers hypothesized that people choose "deliberate ignorance" because they anticipate that they will regret knowing the answer. By choosing not to know about future events, people can avoid negative these feelings of regret that they predict will come with having learned about future undesirable events, the researchers said. The individuals can also maintain positive feelings of surprise that come with desirable events, the scientists said.

The researchers also found that people who usually chose "deliberate ignorance" were more likely to avoid risks, and also more likely to buy nonmandatory insurance, such as life insurance. An anticipation of regret motivates both of these actions (avoiding risks and buying insurance), and so the results support the idea that anticipation of regret also motivates deliberate ignorance, the investigators said.

The researchers noted that they don't know whether the results would generalize to other life events not addressed in the study, or if the same results would be found among people in other countries.

Still, the researchers said their study shows "that deliberate ignorance exists … [and] is a widespread state of mind when dealing with issues such as death and divorce as well as the pleasurable events."

The study is published in the March issue of the journal Psychological Review.