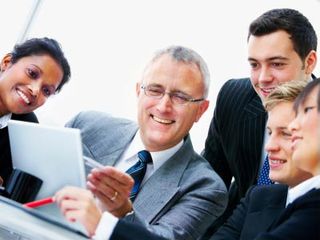 Though many people look forward to retirement as an absolute end to their working days, new research shows that people who transition to temporary or part-time work after retiring often experience better health.

The finding is especially noteworthy given the fact that more people may be considering some kind of post-retirement work during the current economic downswing, said study co-author Mo Wang of the University of Maryland.

Psychologists looked at data from more than 12,000 people between the ages of 51 and 61 at the beginning of the study. The participants were interviewed every two years over a six-year period about their health, finances and employment or retirement life.

The researchers found that people who worked after retiring — be it part time work, self-employment or a temporary job — were less likely to suffer from major health conditions including cancer, high blood pressure, and cardiovascular disease, compared to retirees who stopped working completely.

"People may believe that stopping working is a good thing, but their health situation or mental situation may actually disagree," Wang said. "In reality work is a very functional thing for us to maintain our health and psychological wellbeing."

The research can't pin down the cause of this correlation, but Wang is not surprised by the results.

"If you keep working, that helps to maintain your lifestyle," he told LiveScience. "That makes your transition to retirement less bumpy. You still have a daily structure, you do lunch at a certain time. Working also helps you to maintain certain social contacts and social support."

"We can speculate why," Wang said. "If people take to a new career field they are more likely to face new job demands and new social environments, and that could be stressful."

And stress can kill, other studies have shown.

Wang and colleagues say their results hold even after they removed any influence of people's previous health on their post-retirement outcomes.

"Of course the best predictor of your current health is your previous health," Wang said. "Compared to previous health, [working] has a relatively small effect. But when it's your health, any effect is important."

The study controlled for not only baseline physical and mental health, but also for age, sex, education level, and financial wealth. The findings are detailed in the October issue of the Journal of Occupational Health Psychology.