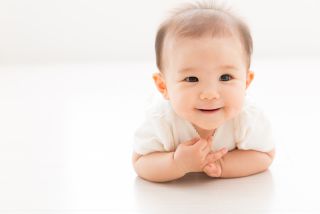 Children as young as 3 months old who have been exposed to a language have an advantage when they learn — or relearn — the sounds of that language later in life, according to a new study.

Mirjam Broersma, a psycholinguist at Radboud University in the Netherlands and co-author of the new study, has two younger sisters who moved from Korea to the Netherlands when they were adopted. Even as a child, she wondered what had happened to their knowledge of the Korean language, which was no longer part of their daily lives. Had it vanished? [11 Facts Every Parent Should Know About Their Baby's Brain]

She now has at least a partial answer.

In Korean pronunciation tests, adult Korean-born Dutch adoptees scored better than a group of non-Korean-born Dutch speakers. Among the participants, those who were adopted at a younger age, who never spoke even a baby-babble version of Korean, performed just as well as their older counterparts, suggesting that they developed relevant knowledge months before being able to speak, and earlier than had been previously thought, the researchers found.

"What we’re tapping into with our study is those first experiences — first language acquisition that was interrupted," Broersma told Live Science. "We believe this finding is not specific to Korean or Dutch, or any combination of languages."

The researchers focused on the 29 participants' ability to produce sounds that are specific to Korean. In particular, there are three types of "p," "t" and "k" sounds in Korean. By comparison, there are only two of each of those sounds in English, and just one of each in Dutch. Recordings of these sounds were then scored based on how easily they were identified, and then subjectively rated, by native Korean speakers .

In line with similar research, at first there was no difference between the adoptees and the native Dutch speakers, according to the researchers. But after a second round of training, the Korean-born adoptees scored better, they said. The researchers saw no differences based on the age of adoption, whether it was before or after most infants typically say their first words.

Previous research suggested that children as young as 6 months old develop knowledge of the sounds of a language, even if they don’t typically begin to speak until they are 11 or 12 months old. But in this new study, the younger participants were adopted when they were 3 to 5 months old, and they showed evidence of retained memories of the sounds of Korean. To make sure that they already had some experience speaking Korean, the older participants in the study were all adopted when they were 17 months or older, according to the study.

The lack of any difference between the younger adoptees and the older adoptees also hints at how language is processed and stored in the brain. The researchers said that their findings support a theory in which abstract concepts of the sounds of a language are developed at a very young age. This contrasts with a theory that holds that an accumulation of experience would determine performance, and result in a difference between the age groups of the adoptees.

“That is what makes the data controversial,” said Virginia Valian, a psycholinguist at the City University of New York Graduate Center, who was not involved with the study.

“There’s an alternate view in psychology that it takes a long time for infants to make higher-order generalizations about speech. This study suggests that that is not the case,” Valian told Live Science in an email.

The researchers had previously demonstrated that motivation to learn a given language doesn’t explain the difference between the adoptees and the control group. Language learners who had both Dutch and Korean backgrounds performed the same when Japanese-sounding words were secretly mixed into a test set, they found.

The findings of the new study were published online Jan. 18 in the journal Royal Society Open Science.