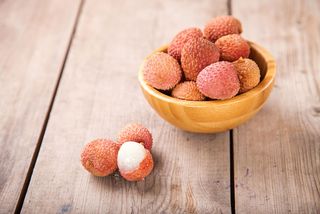 The mystery of why hundreds of children in an Indian city become sick every summer with a deadly brain illness has been solved, researchers say.

According to a new report, the cause of the illness appears to be the lychee fruit, which is grown widely in orchards in the city of Muzaffarpur, where the illnesses occur. Critically, the children who get sick often eat the fruit on an empty stomach, which contributes to the development of the illness, the researchers said. [27 Oddest Medical Cases]

Since 1995, there have been reports of children in Muzaffarpur suddenly falling ill and having seizures, usually in the morning hours, according to The New York Times. Often these children would slip into a coma, and about 40 percent died, the Times said. Outbreaks of these illnesses usually begin in mid-May and end in July, around the same time that lychee fruits are harvested.

Despite many earlier investigations, researchers struggled to confirm the cause of these illnesses.

In the new study, the researchers analyzed nearly 400 cases of children who developed this mysterious brain illness in 2014, and compared these cases with about 100 children who didn't have this illness.

An analysis of blood and spinal fluid samples from the children with the brain illness showed that the children did not have signs of an infection, nor were they exposed to pesticides. But most of these children had consumed lychee fruit shortly before becoming ill. In fact, the results showed that children with the brain illness were nearly 10 times more likely to have eaten lychee, and six times more likely to have visited a fruit orchard, in the 24 hours before they became ill, compared with children who didn't develop the illness.

What's more, a study of urine samples showed that two-thirds of the sick children had evidence of exposure to two toxins found in lychee seeds called hypoglycin and methylenecyclopropyl glycine. These toxins are found in higher levels in unripe fruit.

Because many people can eat lychee fruit and not become sick, the researchers suspected that another factor was involved: eating the fruit on an empty stomach.

Results showed that children who developed the brain illness were twice as likely to have skipped their dinner, compared with those who didn't develop the illness. Many of the sick children had very low blood sugar levels, and other signs of problems with their metabolism.

The researchers said that when children skipped their evening meal, their blood sugar levels dropped. When this happens, the body would normally start to metabolize fatty acids to produce glucose. But toxins from the lychees disrupted the metabolism of fatty acids, leading to extremely low blood sugar levels and brain inflammation in the children, the researchers said.

The need for these two events to occur together could explain why only some children in the area developed the illness, even though many children ate the fruit.

"Although [lychee] fruits are ubiquitous in the orchards surrounding the villages in rural Muzaffarpur, typically only one child in an entire village develops this acute illness," the researchers wrote in the Jan. 30 issue of the journal the Lancet Global Health. "The synergistic combination of [lychee] consumption, a missed evening meal, and other potential factors such as poor nutritional status" and eating a greater number of lychees may be needed to produce the illness, they said.

After the investigation, the researchers recommended that children in the region limit the consumption of lychees, and that parents make sure their children eat an evening meal, in order to prevent cases of this illness.