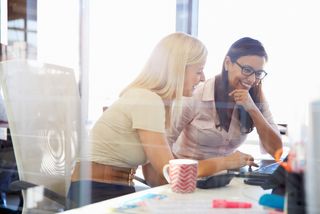 The age at which women get their first period, along with the number of children they have, may influence when they enter menopause, a new study from Australia finds.

Women in the study who got their first period before age 12 and had no children were five times more likely to experience premature menopause, and twice as likely to experience early menopause, than were women who got their first period at age 12 or later, and who had two or more children. Women are considered to have premature menopause if they stop menstruating before age 40; they're considered to enter early menopause if they stop menstruating between ages 40 and 44.

A woman’s age at her first period and age at menopause are both markers of reproductive health, and while it's not clear what the link between the two may mean for women's overall health, a better understanding of the possible link between them "will provide us with the opportunity to monitor and intervene as early as possible," to prepare women for the possibility of things like ovarian failure or early menopause, said Gita Mishra, the lead author of the paper and an epidemiology professor at The University of Queensland. [Wonder Woman: 10 Interesting Facts About the Female Body]

When analyzing their data, the researchers adjusted for factors that could influence women's age at menopause, including their education level, marital status, smoking status, body mass index (BMI) and year of birth.

The researchers noted that most women in the study self-reported their age at their first period, however, and it's possible that the participants might have recalled the age incorrectly. In addition, they said that more studies are needed to tease apart the effects of genes and the environment on the age of a woman when she has her first period and her age at menopause. [Conception Misconceptions: 7 Fertility Myths Debunked]

"To improve health outcomes in later life, we need to be thinking of the risk factors through the whole of the woman’s life, from the early years and the time of their first period, through to their childbearing years and the menopausal transition," Mishra told Live Science.

The researchers wrote in their findings that they hope that the study will help shape clinical guidelines for reproductive health. For instance, doctors may decide to prepare women with no children, who had their first period before age 12, for the possibility of early menopause, to help them make informed decisions about their reproductive health.