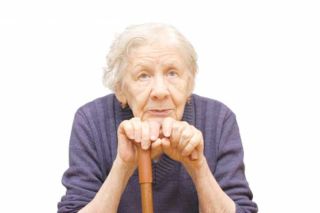 Perhaps some children will live to 100. But the evidence for such claims is lacking.

Americans got a bit of good news this month: Half the kids born today in wealthy countries could live at least 100 years. The other half might live long, too.

This respite from otherwise grim news of, say, increasing slaughter and insurgency in Afghanistan, where life expectancy is 44 years, came courtesy of a study published by European researchers in the journal the Lancet.

Unfortunately the study is, at best, exceedingly optimistic and, most likely, simply not true — at least not for America.

Gleefully reported by news outlets worldwide, the study is a dangerous extrapolation of current trends in life expectancy. The opening line of the abstract should be cause for alarm: "If the pace of increase in life expectancy in developed countries over the past two centuries continues through the 21st century, most babies born since 2000 ... will celebrate their 100th birthdays."

Well, sure. But that's a big "if." If the pace continues, yes, there will be a day when humans live to age 1,000. Maybe most kids today will live to 100. But there's no evidence, other than hopeful statistics, to support this.

First, if people of a given society are to live to 100, on average, smoking rates need to first drop to zero percent. Few smokers live to age 80 let alone 100. Currently about 20 percent of Americans smoke; worldwide the rate in wealthy countries is 20 to 40 percent. So scratch them off the list. Smokers won't get close to 100 unless there are miracle cures for lung cancer, heart disease, emphysema and myriad other diseases associated with smoking.

Next, obesity and diabetes rates need to drop back to their natural lows, around zero percent. There are no obese centenarians. Currently, two-thirds of Americans are overweight and half of these folks are obese. These rates are predicted to climb, not fall.

More than 24 million Americans, or 8 percent of the population, are diabetic, and nearly 60 million are pre-diabetic, according to the Centers for Disease Control and Prevention. While many of these people may live to a respectful old age, none will be living to 100. Diabetes ravages the body, weakening blood vessels and leading to heart disease and sundry vascular diseases.

Want to extrapolate? A hundred years ago, diabetes was rare. By 1980, 5 million Americans, or 2 percent of the population, were diabetic. Today it is 8 percent. A linear increase would put the rate at 32 percent in another 30 years. Yes, such extrapolations are groundless, but conservative estimates predict that half of the Latinos and African Americans born in the United States today will be diabetic if the trends continue.

So, with current U.S. smoking, obesity and diabetes rates, it would be statistically implausible for the majority of Americans to reach age 100.

The Lancet paper confesses this much. The assumption is that smoking rates would continue to fall. Keep hoping. They authors also concede that the incidence of obesity is rising and that diabetes is expected to double by 2030. Here they rely on an "increased use of antihypertensives and lipid-lowering drugs, which reduce risk of cardiovascular disease and resulting disabilities."

This implies the secret to longevity lies in the continued success of pharmaceutical drugs. Again, keep hoping.

Let's look at how centenarians live today, as documented in the Okinawa Centenarian Study. Owinawa, a chain of islands in southern Japan, has the highest concentration of centenarians. Uniformly these old folks have a vegetable-based, low-calorie, low-fat diet and exercise daily. They eat on average seven servings of vegetables and seven servings of grain per day, several servings of soy products, fish rich in omega-3 fatty acids, and little dairy or red meat. They rarely overeat, don't smoke, and no one is obese. Doesn't sound much like America.

The unexaggerated good news is that most people can live upwards of 90 years by exercising, eating better and not smoking. Major medical advances would be needed, though, to keep most people alive past 100, thus placing this Lancet study in the realm of pure speculation.

Mark Twain wrote about the perils of extrapolation in his memoir, "Life on the Mississippi": "In the space of one hundred and seventy-six years the Lower Mississippi has shortened itself two hundred and forty-two miles... Therefore, any calm person, who is not blind or idiotic, can see that in the Old Oolitic Silurian Period, just a million years ago next November, the Lower Mississippi River was upward of one million three hundred thousand miles long, and stuck out over the Gulf of Mexico like a fishing-rod."