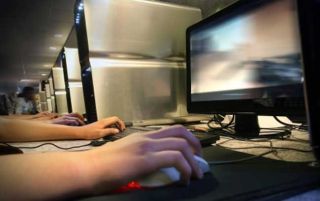 Some researchers say video games are addictive in ways similar to gambling addiction. What do you think? Vote below. Image
(Image: © Stockexpert)

Watching a fake video can change a person's perception of reality, a new study finds. The results showed that almost half of the people who watched a doctored video of an event believed the video rather than their actual experience, and some were even convinced to testify as an eyewitness to the fictitious happenings.

"Our research shows that if fake footage is extremely compelling, it can induce people to testify about something they never witnessed," Kimberley Wade, a psychologist at the University of Warwick in the United Kingom, said in a statement.

The researchers filmed 60 subjects as they took part in a computerized gambling task, which involved answering a series of multiple-choice, general-knowledge questions. Although they didn't know it, each subject was sitting next to a researcher who was pretending to be just another participant.

The subjects had individual piles of money they used for gambling, and they all shared a pile of money that represented the bank. The subjects gambled on whether or not they would get an answer correct; before they answered a question, they typed in the amount of money they wanted to gamble on that question. The goal was to earn as much money as possible, and the participants were told that the person who made the most money would win a prize.

When the task was completed, the video of the session was altered to make it look as though the member of the research team sitting next to the subject was cheating by not putting money back into the bank.

One-third of the subjects were told that the person sitting next to them was suspected of cheating. Another third were told the person had been caught on camera cheating, and the remaining group were actually shown the fake video footage. All subjects were then asked to sign a statement only if they had seen the cheating take place.

Nearly 40 percent of the participants who had seen the doctored video signed the statement. Another 10 percent signed when asked a second time by the researchers. Of those who were told the incident had been caught on film but were not shown the video, only 10 percent agreed to sign. And about 5 percent of the control group, who were just told about the cheating, signed the statement.

With today's technology, almost anyone could create fake, yet compelling, video footage, Wade said. "Our research suggests that fabricated evidence need not enter the courtroom to interfere with justice. Rather, showing potential witnesses fabricated evidence — or perhaps even genuine evidence that is somehow misleading — might induce them to testify about entire experiences they have never actually had," the authors wrote. The results were published on August 20 in the journal Applied Cognitive Psychology.