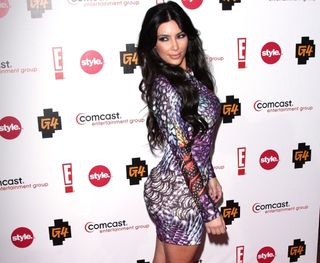 Kim Kardashian's doctors say that a third pregnancy would be unsafe for the reality TV star, in part because she could be at risk for a serious pregnancy complication called a retained placenta.

In last night's (Nov. 13) episode of the show "Keeping Up with the Kardashians," Kardashian visited two doctors who both advised her not to get pregnant again, given the particular complications she experienced in her other pregnancies, according to People Magazine.

"You never know if you might have the same type of problem that could be more serious this time," Dr. Paul Crane, Kardashian's OB-GYN, said during the show. "You’re always taking a little bit of a chance. There are situations where retained placenta could be life or death."

In her first pregnancy, Kardashian had preeclampsia, which involves high blood pressure, as well as placenta accreta, which is a type of retained placenta.

A retained placenta means that the placenta — which is the organ that nourishes the fetus in the womb — is not delivered from the woman's body within 1 hour after her baby is born, according to the World Health Organization. Typically, the placenta is delivered shortly after birth, and the passage of the organ is considered the third stage of labor. [9 Uncommon Conditions That Pregnancy May Bring]

In women with placenta accreta, the placenta grows too deeply into the uterine wall and does not detach as it should after birth, according to the Mayo Clinic. The condition can be life-threatening because it can lead to severe bleeding.

Risk factors for the condition include having a previous surgery on the uterus, being over age 35 and giving birth previously, the Mayo Clinic says. Kardashian is 36 years old, has given birth to two children and had a surgery after her first child to remove a piece of the placenta.

Sometimes doctors can diagnose placenta accreta before a women gives birth, through blood and imaging tests. Women who are suspected to have placenta accreta during pregnancy will likely need a C-section, as well as surgery to remove the uterus after birth, the Mayo Clinic says.