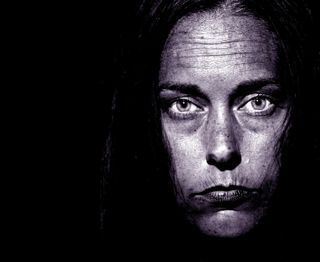 Neuroticism can shave years off a person's life, at least in part because a nervous Nellie is more likely to smoke, a new study suggests.

The finding adds to a mountain of evidence suggesting personality and psychological traits — from mellowness to anger and even degree of social engagement — help determine how long you'll live and how healthy you'll be.

While the latest results are based on a survey of men, it is "very likely" they also apply to women, though follow-up research is needed to confirm, according to study researcher Daniel Mroczek, a professor of child development and family studies at Purdue University in Indiana.

Past research has shown that people who are highly neurotic — constantly worried and anxious, and prone to depression — die sooner on average than their chill counterparts. But until now what accounted for the neuroticism-death link had been a mystery.

To reveal their level of neuroticism, participants answered questions on a scale from "not at all" to "very," including "Do you usually worry a long time after a distressing incident?" and "Are you sometimes sad without any particular reason?" The results were tallied into a 10-point scale, from very calm to highly neurotic.

Sure enough, people who scored higher on neuroticism also smoked and drank alcohol more than the calmer of the bunch.

For every point on the 10-point scale, there was a 5 percent increase in a person's risk of premature death. Somewhere between 25 percent and 40 percent of the association between high neuroticism and mortality was due to smoking. Biological factors could also play a role in explaining why the seriously stressed die earlier than others, the researchers note.

Drinking, however, didn't seem to play a role in this link.

The findings, detailed in the Journal of Research in Personality, are part of a growing field of research on the association between personality and physical health. Clear back in 1993, a study revealed people who are high in conscientiousness live longer than their impulsive friends. (One of the theories is that such conscientious individuals have self-discipline and so are more likely to exercise regularly, take their meds and go to the doctor, Mroczek said.)

Other links between mental and physical health include:

"It's very exciting that there are things about our character, our personality, that influence our physical health and how long we live," Mroczek said.

Such findings have practical implications. "For example, programs that target people high in neuroticism may get bigger bang for the buck than more widespread outreach efforts," Mroczek said.

The new research was funded by the National Institute on Aging and the U.S. Department of Veterans Affairs.