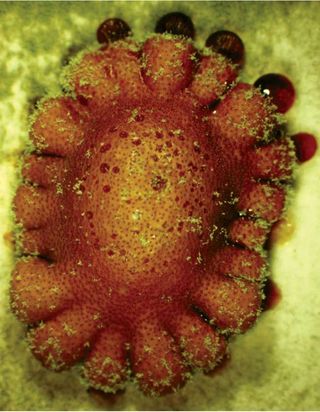 Helping a fungus have sex could lead to better ways of making biofuels, scientists now suggest.

To make renewable biofuels, instead of manufacturing them from the sugars in food crops, researchers want to employ organisms that can make use of the hundreds of millions of tons of cellulose in sawdust, weeds and other plant scrap that would otherwise go to waste.

One especially promising organism when it comes to breaking down cellulose is the soil fungus Trichoderma reesei. It was originally discovered in the Solomon Islands during World War II eating away at the canvas and garments of the U.S. Army.

Improving this fungus was difficult because scientists thought it was asexual, which meant they couldn't breed different useful strains of it together for offspring better tailored to degrade cellulose.

Now researchers in Austria find this fungus isn't asexual after all. For the first time after its discovery more than 50 years ago, researchers have made it have sex.

The group this fungus belongs to, Trichoderma, includes several hundred species, including both sexual and asexual ones. By probing their DNA, investigators uncovered the genes responsible for mating and found them in Trichoderma reesei, proving it was theoretically capable of sex. However, it could not assume the female role.

Although researchers could in the past dose the fungus with radiation or chemicals to randomly create potentially useful mutations, "it was not possible to combine beneficial mutations of efficient production strains," said researcher Monika Schmoll, a microbiologist at the Vienna University of Technology. " Now it has become possible to cross these strains and mix their genetic material. Of course there is no guarantee that the combination of properties really results in even better strains, but in many cases it will work."

Sex can also lead to more fit strains. The methods used to create mutants could lead to strains of Trichoderma reesei that are good at making enzymes that break down cellulose, but otherwise "sometimes look quite poor and helpless," Schmoll explained. By crossing such a mutant with an ordinary 'wild-type' strain of the fungus, "there is the chance to preserve the high enzyme production, but to get rid of mutations that reduce growth and fitness by replacement with wild-type genes."

These findings might lead to better and more cost-effective ways of making biofuel. "I would be happy to see gas stations selling affordable bioethanol made from waste and plant material one day," Schmoll said. The researchers also noted that Trichoderma includes species that help plants by killing harmful fungi, and discovering ways of breeding strains of them together could help out farmers.

In the future, Schmoll and her colleagues want to find out what leads to this absence of females in Trichoderma reesei in the first place. If they do, they could reverse the situation, she explained.

The researchers detailed their findings online August 10 in the Proceedings of the National Academy of Sciences.