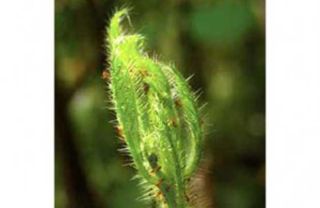 Ants and ant-housing trees are a classic example of mutualism. The trees provide room and board for ants that ward off herbivores in return. But friends aren’t always what they seem, a new study shows.

Cordia nodosa is a South American tree colonized by ants, and one of them, Allomerus octoarticulatus, turns out to be as much fiend as friend. Sure, the ants protect the tree, but they also prune off its flowers, sterilizing it.

Hypothetically, they do so to force the tree to put its energy into growing rather than producing fruits and seeds. Inside hollow nodules in the branches called domatia, the ants both live and farm honeydew-producing scale insects for food. More growth creates more domatia, letting the ant colony expand.

To test the hypothesis, Megan E. Frederickson, an ecologist at Harvard University, went to Peru and selected C. nodosa trees that housed Azteca ants — true friends, by contrast. She snipped off all the trees’ flowers to mimic Allomerus, and, sure enough, four months later found that the sterilized trees had grown four times as many domatia as untouched controls.

But occupation by flower-pruning ants doesn’t necessarily end a C. nodosa tree’s sex life. A tree can host a series of ant colonies during its lifetime. Eventually, Azteca ants — or other true friends like them — may move in and let the tree blossom.

The finding was detailed in the American Naturalist.