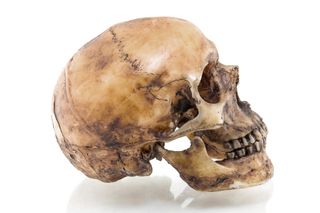 A controversial procedure that involves removing a portion of a patient's skull can save lives when people have severe brain injuries, a new study finds.

The surgery, called a decompressive craniectomy, nearly halved a patient's risk of dying following a severe traumatic brain injury compared with patients who received other medical treatment for their injuries but did not have the operation, the study said.

Doctors have previously questioned whether to perform the surgery, because it was unclear if the operation saved lives, and if so, what quality of life the person would have afterward, said Dr. Peter Hutchinson, a professor of neurosurgery at the University of Cambridge in England and the lead author of the study. [Inside the Brain: A Photo Journey Through Time]

However, after six months, a slightly greater number of patients who had undergone the operation remained in vegetative state, compared with those who didn't have the operation (8.5 percent versus 2 percent), according to the study.

A decompressive craniectomy is performed when the pressure in a person's brain becomes dangerously high and doctors are unable to lower the pressure using drugs or other treatments, Hutchinson said.

After a severe traumatic brain injury, a person's brain can swell, he said. This leads to what doctors call "intracranial hypertension," or high pressure in the brain. Because the skull is "an enclosed box," however, there is nowhere for that pressure to go, Hutchinson said. This can cause blood to stop flowing to the brain, he said.

The patients in the study had been injured in events such as car accidents, falls or assaults, and all of them were in comas and on life support and ventilators before the operation, Hutchinson said. Brain swelling usually doesn't occur immediately after an injury, but rather can take anywhere from a day to more than a week to develop, he said.

In each patient, once the swelling set in, the doctors first spent from 1 to 12 hours trying to lower it, using medicines and other procedures, Hutchinson said. Therefore, even for the patients who were randomly assigned to have a craniectomy, the surgery was a "last resort," used when no other treatment options had worked to lower the pressure, he said.

During the operation, which takes from 1.5 to 2 hours, doctors removed a portion of each patient's skull measuring about 12 centimeters (4.7 inches), Hutchinson said. In most of the patients in the study, the entire brain was swollen, he said. In these cases, the doctors removed portions of the person's forehead bone, in order to relieve swelling throughout the brain, he said. However, in cases where the swelling was more pronounced on one side of the brain than the other, the doctors removed a portion of the skull on the side with the swelling, he added. [10 Things You Didn't Know About the Brain]

After the part of the skull is removed, the doctors cover the person's brain using the scalp, Hutchinson said. Several weeks or months later, once the swelling goes down, the doctors can either put the portion of skull back into place or cover the hole with a metal or plastic plate, he said.

Because patients are unconscious when the procedure is deemed necessary, the decision to operate often falls upon family members. Hutchinson said that he would tell family members that the operation can "markedly increase the chance of survival," however, it's not entirely clear how a person will fare in terms of disability.

Hutchinson added that while the craniectomy does lower pressure in the brain, it doesn't fix the underlying injury that occurred. The operation won't restore nerve function, and so, certain degrees of disability may be unavoidable because of the types of injuries the people received, he said.

This article was updated on Sept. 8 to include information about the size of the section of the skull removed during the surgery.