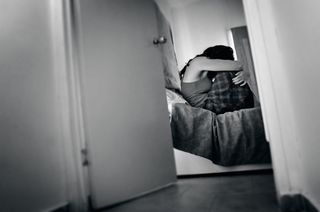 All across the U.S., college freshmen are gearing up for new classes, friends and freedoms, but there's also a darker side of these changes: At many colleges, first-year students are at an increased risk of sexual assault compared with sophomores, juniors and seniors, experts told Live Science.

This period of heightened risk, called the "red zone," is usually more pronounced during the first few months of school, and affects more women than men, according to surveys of college students.

"How much additional risk there is for students in those first few weeks varies from campus to campus," said Elizabeth Armstrong, a professor of sociology and organizational studies at the University of Michigan and author of "Paying for the Party: How College Maintains Inequality" (Harvard University Press, 2013). [9 Ways Going to College Affects Your Health]

The research is mixed on the existence of this red zone. An internal review of University of Michigan sexual assault reports found no increased "red zone" risk for freshmen. According to that review, released in 2015, about 11 percent of all students (men, women, graduate and undergraduate), and 20 percent of undergraduate women, reported nonconsensual sexual behavior over the past year. This behavior included unwanted touching, kissing or penetration.

Larger studies, however, have found a pronounced red-zone risk among college freshmen. According to a survey of 16,000 college students from 22 schools in the United States, "A much higher percentage of freshmen have been sexually victimized while they were freshmen than any other school year category," researchers wrote in a study published in 2015 in the Journal of Interpersonal Violence.

Many of these assaults happened when people were at parties or hanging out, the study found. However, fraternities, famous for their parties, aren't the only ones to blame. There was still a "freshman effect" at a university with no Greek life and a tightly regulated alcohol policy, according to a study published in 2008 in the Journal of American College Health.

Moreover, the red zone surges during the start of the school year, during September, October and November, according to a 2007 report prepared for the National Institute of Justice. These unwanted sexual experiences tended to happen during the wee hours of the morning, from midnight to 6 a.m., on Friday and Saturday nights, the report found.

So why might this red zone exist? Armstrong pointed to the age group and the environment. In many situations, college freshmen are just 17 or 18 years old, and have never had the freedom to go out and drink and party all night, she said.

When school starts, most freshmen have yet to make close friends who will watch out for them at parties, and they may not know general party safety measures, such as keeping their drink close so that it can't be drugged. Plus, they may feel pressure to drink excessively to fit in, she said.

When those factors are combined with older students who know how to flatter, intoxicate and isolate inexperienced newbies, it's a recipe that can lead to unwanted sexual experiences, Armstrong said. Plus, not all universities will appropriately discipline perpetrators, so there's little deterrence in some instances, she said. [Understanding the 10 Most Destructive Human Behaviors]

One reason the red zone wanes as students gain more experience and become sophomores and juniors is that they're busier with classes or significant others, meaning they go to fewer parties, Armstrong said. Older students are often more careful at parties, watching out for each other and keeping their distance from drunk flatterers or fraternities with bad reputations, she said.

"It's unfortunate that women are put in this position of having to do that," Armstrong said. "They shouldn't have to. It is something that is — unfortunately, or fortunately — learned over the course of college."

She advised incoming freshmen to enjoy college life but to concentrate more on doing fun activities with friends rather than going wild at parties.

"Try to figure out how to connect with people, so you can basically figure out who you can be yourself around," Armstrong said. "Your friends are real friends, not the people you're trying to impress by being superdrunk."