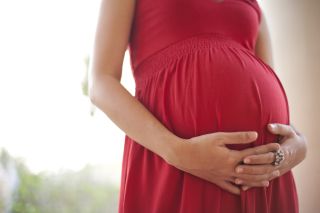 Women who take acetaminophen during pregnancy may be more likely to give birth to children who later develop behavioral problems, a new study from England finds.

At two points in time during their pregnancy — at 18 weeks and again at 32 weeks — researchers asked women whether they had recently taken acetaminophen. They found that the children who experienced prenatal exposure to the over-the-counter medicine at either time point had a higher risk of later developing behavioral difficulties, such as hyperactivity, conduct problems or emotional symptoms, compared with the kids whose moms did not take acetaminophen at those time points, according to the study.

The findings "demonstrated that children exposed prenatally to acetaminophen in the second and third trimesters are at increased risk of multiple behavioral difficulties," the researchers, led by Evie Stergiakouli, a lecturer in genetic epidemiology and statistical genetics at the University of Bristol in England, wrote in their study.

In the study, published today (Aug. 15) in the journal JAMA Pediatrics, the researchers looked at data on nearly 8,000 women who were taking part in the Avon Longitudinal Study of Parents and Children, an ongoing study in the U.K. aimed at finding both environmental and genetic factors that affect people's health and development. When they enrolled in the study — between April 1991 and December 1992 — all of the women were pregnant.

The women and their partners filled out questionnaires that included questions about acetaminophen use at 18 and 32 weeks of pregnancy, and again when their children were 5 years old, according to the study. [10 Scientific Tips for Raising Happy Kids]

When the children turned 7, the women filled out another questionnaire, this time regarding any behavioral problems the children had, according to the study.

The mechanisms for how acetaminophen may cause behavioral problems during pregnancy are not well-known, the researchers wrote. The researchers believe, however, that there is an intrauterine effect. In other words, when a pregnant woman takes acetaminophen, the medication can cross the placenta and enter the uterus.

There was a stronger association between maternal acetaminophen use during the third trimester and subsequent behavioral and emotional problems in the women's children than there was during the second trimester, according to the study. This suggests that there may be developmental periods during which the brain is more sensitive to acetaminophen exposure, the researchers wrote. The brain is actively growing and developing during the third trimester of pregnancy, according to the study. [7 Ways Pregnant Women Affect Babies]

This is not the first study to suggest that there is a link between a mother's acetaminophen use during pregnancy and behavioral problems in her children.

This study adds further support to the previous findings, said Zeyan Liew, a post-doctoral scholar of epidemiology at the University of California, Los Angeles, Fielding School of Public Health. Liew was not involved in the study.

In addition, the researchers were able to rule out other factors that may have had an effect on behavioral problems in the children, including genetics and family history, Liew told Live Science.

There were several limitations, however. The women in the study did not provide information on how much acetaminophen they took, or how often they took it, Liew said. And the behavioral problems in the children were reported by the mothers, not by doctors, he said.

Though evidence has been accumulating that suggests that there is a potential link between acetaminophen use and fetal brain development, scientists "still need to see more evidence," Liew said. It's still unclear if the risk of not treating a fever or pain is less than the risk of taking acetaminophen (the medication is used to lower fevers and reduce pain), Liew said.

While scientists continue to gather evidence, Liew said that pregnant women should consult their doctors before taking acetaminophen, and that they should be advised to use the medication only when needed.