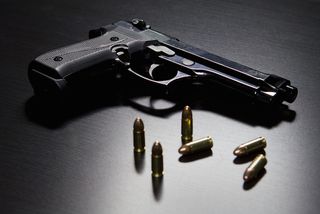 Just days after the deadliest mass shooting in U.S. history, a new study from Denver finds that deaths from gunshot wounds at a trauma center there have increased over the past decade and that gunshot injuries have become more severe.

Although the findings are from only a single hospital, they represent a trend that doctors elsewhere have reported anecdotally, the researchers said. "Our study provides an objective measure of something trauma surgeons across the country already know: The firearms used in our communities are becoming more harmful and more lethal," said study co-author Dr. Angela Sauaia, a professor at the Colorado School of Public Health at CU Anschutz in Aurora, Colorado.

In the study, the researchers analyzed information on gunshot injuries treated at the Denver Health Medical Center from 2000 to 2013.

During that time, a total of about 1,680 people were treated for gunshot wounds at the hospital, and the number of people hospitalized yearly for gunshot injuries was about the same from year to year, according to the findings.

However, death rates for gunshot wounds increased during the study period, by about 6 percent on average, every two-year period, the researchers found.

In addition, the risk of having a severe gunshot injury increased by 6.5 percent for every two-year period, and the risk of a single patient having more than two severe gunshot wounds increased by about 5 percent for every two-year period, the study found. Injuries were considered severe if they had a high score on a scale used to measure injury severity. [5 Milestones in Gun Control History]

"Patients who arrive to our ER now have more wounds and more severe wounds than 10 years ago," Sauaia told Live Science. The increased number and severity of gunshot wounds likely explains the rise in death rates from these injuries, the researchers said.

The findings follow the news of a mass shooting at a gay nightclub in Orlando, Florida, on Sunday (June 12). Forty-nine people (plus the shooter) died, making it the deadliest mass shooting in U.S. history.

The researchers noted in the new study that they also analyzed information on other injuries at their hospital, including stabbings, assaults, falls, car crashes and accidents involving pedestrians. None of these other injuries showed increases in death rates over the study period, and in fact, some showed declines in death rates.

Some might argue that advances in medical care have made it more likely that people injured by gunshots will survive at the scene of the shooting and make it to the hospital, and that this could lead to an increase in hospital death rates. However, this idea is unlikely to explain the results of the current study, because the researchers found that there were no changes in deaths on the scene from gunshot wounds during the study period.

More research is needed to determine the exact reasons for the increase in gunshot death rates, such as whether the types of guns or the number of guns used by the people in the area played a role, the researchers said.

But this type of research can be difficult. Sauaia said that if researchers wanted to find out whether certain types of cars were involved in an increase in car crashes, they would have little difficulty getting this information. In contrast, "Finding data and research funding to study firearm injuries is much more difficult, despite evidence showing that they affect us in much higher numbers than other diseases," Sauaia said. "That said, it does not take much science to see that high-firepower, high-magazine-capacity [firearms] in the hands of one or few individuals can result in more damage than low-firepower and small-magazine capacity," Sauaia said.

More studies are also needed to confirm whether hospitals in other parts of the country are seeing a similar trend.

The study is published today (June 14) in the journal JAMA.