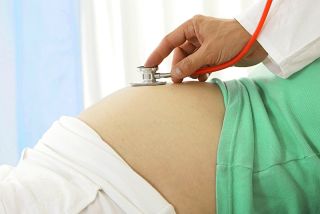 Pregnant women who get too much folic acid may be more likely to have a child with autism, a new study suggests.

The researchers found that new mothers in the study who had very high levels of folate in their blood (greater than 59 nanomoles per liter) shortly after giving birth were twice as likely to have a child who developed an autism spectrum disorder (ASD)than new mothers who had normal levels (less than 59 nm/L) of this vitamin, according to the study. The findings will be presented Friday (May 13)at the 2016 International Meeting for Autism Research in Baltimore. Folic acid becomes folate once it enters the body.

The study also showed that women withvery high levels of vitamin B12 in their blood (greater than 600 picomoles per liter) after delivering were three times more likely to have a child with ASD compared with new moms who had normal levels (less than 600 pm/L).

It's well-known that getting too little of certain nutrients during pregnancy can have negative effects, but this study shows there are also risks associated with getting too much of certain vitamins, said Ramkripa Raghavan, a doctoral candidate and maternal and child health researcher at Johns Hopkins Bloomberg School of Public Health in Baltimore, and the study's lead author.

This is one of the first studies to suggest a connection between elevated levels of folic acid and vitamin B-12 in a mother's blood and an increased risk of having a child with autism, Raghavan said. .Additional research is needed to confirm the findings, explore this link in greater detail and tease out the health effects of these vitamins, she said. [7 Ways Pregnant Women Affect Babies]

It's not clear exactly how much of these two nutrients should be considered too much, Raghavan said.

Health professionals recommend that women who are pregnant or trying to conceive take a daily prenatal vitamin containing folic acid to reduce their baby's risk of developing birth defects of the brain and spinal cord. The new research is not questioning that advice; it should still be followed, Raghavan said. But the findings raise the possibility that excess levels of these Bvitamins during pregnancy may negatively influence a child's neurological development.

In the study, the researchers analyzed data from about 1,400 pairs of mothers and children in a low-income, minority population in Boston. The mothers underwent a blood test to measure their levels of folate and vitamin B12 within the first three days after they gave birth, and then the researchers tracked their children over a 15-year period to see which children were diagnosed with an autism spectrum disorder.

The study found that children at greatest risk of autism were those born to the mothers who had high levels of both folate and vitamin B12. These kids were about 17 times more likely to be diagnosed with autism than the kids born to women who had normal levels of both nutrients.

Although the exact biological mechanism that may underlie the link is unclear, the researchers suspect that women with high levels of these two nutrients in their blood may metabolize these vitamins differently from other women, Raghavan said. They may have elevated levels of folate and B12 because they process these B vitamins differently, or because they took in too much of these nutrients, or both, she explained. [Blossoming Body: 8 Odd Changes That Happen During Pregnancy]

Pregnant women may get folic acid from several sources, including prenatal supplements, foods that naturally have folate (such as leafy green vegetables, citrus fruits and juices and beans), and foods that are fortified with folate (often cereal, pasta and bread). More research is needed to see whether any sources may be particularly associated with an increased risk of autism, Raghavan told Live Science.

It's also unclear at what point during pregnancy folic acid and B12 may play a role in the development of autism as well as which women may be at increased risk for having high levels of these nutrients, Raghavan said.

She said the bottom line is that good nutrition is still important to women during pregnancy, and mothers-to-be need to get adequate amounts of these Bvitamins from taking prenatal supplements and consuming them in foods.

"It is still too early to advocate for any changes in prenatal guidelines for these two B vitamins," Raghavan said.