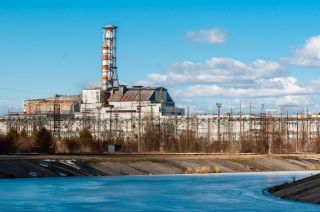 In the past two months, we have marked two anniversaries of catastrophic nuclear power plant accidents. March 11 was the five-year anniversary of the Fukushima accident in Japan , and April 26 was the 30-year anniversary of the Chernobyl accident in Ukraine . Both accidents involved reactor-core meltdowns, both accidents received the highest severity rating by the International Atomic Energy Agency (level 7), both accidents involved the evacuation of hundreds of thousands of residents, and both accidents still have people waiting to return to their homes. The accidents left a legacy of large-scale radioactive contamination of the environment, and that radioactivity will persist for years to come, despite the best cleanup efforts that money can buy.

Both accidents should have underscored the necessity for personnel highly trained in the radiation sciences to be stationed onsite, and marked the beginning of a redoubling of efforts to better educate the next generation of radiation-protection professionals to prevent future nuclear catastrophes. But ironically and sadly, they did not.

The U.S. federal government's investment in the training of radiation personnel has dropped, rather than risen, during the years since these nuclear accidents and is now at its lowest point in decades.

Admittedly, Chernobyl was a much bigger accident than Fukushima, both in terms of the amount of radioactivity released and the public health impacts. But there is another major distinction between Chernobyl and Fukushima: The Chernobyl accident was an entirely man-made event. It was the result of a "safety trial" gone terribly amiss, compounded by incompetence, and made even worse by misinformation and secrecy. The accident could have been prevented completely, and its consequences could have been mitigated, with effective training, management and regulatory oversight.

Fukushima, in contrast, was the unfortunate consequence of a natural disaster — an earthquake followed by a tsunami that breached seawalls and flooded reactor buildings. But even in the case of Fukushima, human error contributed to the problem. The true risks of tsunamis went underappreciated by the nuclear power industry, despite the evidence, so seawalls were of insufficient height. The reactor backup power supplies should not have been placed in the basements of the reactor building but rather on higher ground, well above a level that would pose a flood threat.

Moreover, there were engineering design errors at Fukushima. For example, a programming error resulted in a "fail-safe" switch automatically closing the valves in the cooling system that should have remained open, resulting in the core meltdown in Reactor Unit 1. Additionally, communication between the power company (Tokyo Electric Power Co.), the government and the public completely broke down, making it hard to manage the problem during the crisis.

Even though the earthquake and tsunami could not have been prevented, better foresight and training would surely have mitigated its consequences and possibly prevented the nuclear core meltdowns altogether. [Mutant Butterflies Linked to Japan's Nuclear Disaster ]

So what have we learned from Chernobyl and Fukushima, the two worst nuclear accidents of all time? Human errors, rather than outside forces, were largely to blame, and poor decisions by professional personnel are the major reasons we are still living with the environmental consequences many years after the events .

One would think that more and better-trained radiation professionals would be the key to preventing nuclear mishaps, and that such personnel would represent the first line of defense in averting future nuclear power plant accidents. Yet, amazingly, that has not been the prevailing trend in the United States. Fewer students are being trained in the radiation professions now than at the time of the accidents, and radiation training programs are closing down at an alarming rate, largely due to a lack of federal support for radiation education.

The National Council on Radiation Protection and Measurements (NCRP) — a U.S. federally-chartered scientific organization that provides advice on radiation protection issues — recently convened a workshop to address the problem. The workshop findings concluded that "the country is on the verge of a severe shortfall of radiation professionals such that urgent national needs will not be met." The basic problem is that there are not enough radiation professionals currently being trained to replace the ones that are due to retire.

Given that it can take two to seven years of graduate studies to become fully trained, there is not much lead time to reverse this ominous trend.

There is no doubt that training, management and oversight are expensive. But the cost of establishing and maintaining these preventive measures is but a fraction of the cost of cleanup.

For the kinds of money that has been spent on cleanup at Chernobyl and Fukushima, we could have trained and maintained an army of highly skilled and competent nuclear engineers, health physicists, reactor inspectors, risk managers, communication specialists and other radiation professionals.

With such an army, nuclear power could be among the safest of all energy options, in terms of both public health and environmental impact, even accounting for the insidious risks of natural disasters. But as long as we, as a society, neglect prevention and fail to provide funding for training of highly competent radiation professionals, we will always be living with the real threat of someday having to pack up and get out of town, leaving our radioactivity-contaminated lands to the wildlife.