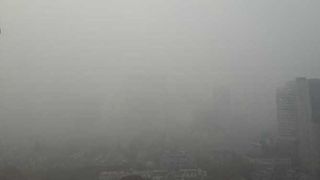 Shanghai is an example of a Chinese city that experiences high levels of pollution, including from black carbon.
(Image: © Wikimediacommons/Galaxyharrylion.)

Lynn Scarlett, is a former deputy secretary and chief operating officer of the U.S. Department of the Interior and currently is global managing director of policy at The Nature Conservancy. Explore the Conservancy's latest thinking, science and recommendations on climate, energy and other global issues at www.nature.org/global. Scarlett contributed this article to Live Science's Expert Voices: Op-Ed & Insights.

John F. Kennedy once said, "Change is the law of life. And those who look only to the past or present are certain to miss the future." While this quote may be more than 50 years old, the idea resonates for the global challenge of climate change. Looking to the present may highlight the issues at hand, but if we fail to take aggressive action now, we may not see that future.

China is embracing this change as it is poised to move from leading emitter of greenhouse gasses to leader in renewable energy investments. Whether from global pressure or financial opportunity, the change is clear.

The United States and China are the world's largest carbon emitters , so the 2014 agreement by U.S. President Barack Obama and Chinese President Xi Jinping to reduce their countries' greenhouse gas emissions represented a major shift in momentum for addressing the effects of climate change.

Both countries committed to substantial emissions-reduction efforts over the next 10 to 15 years, with the understanding that they would continue to grow more ambitious with their efforts in the future. The pledges were fundamental to each country's national commitments for the Paris Agreement, adopted during the United Nations' 2015 climate conference and awaiting signatures this month at the United Nations in New York City.

Once a minimum of 55 countries representing at least 55 percent of total global greenhouse gases sign on, the agreement will come into effect. Already 100 countries are expected to attend the U.N. meeting on Earth Day this April 22.

While China vowed to put a peak on its growing carbon dioxide emissions by the year 2030, a new report from the Grantham Research Institute on Climate Change and the London School of Economics and Political Science argues that the past year brought a changing economic and energy landscape. This is because China's rapid growth, which consumed tremendous amounts of energy and produced record-setting emissions, is slowing.

China's economic model over the past few decades — like that of many other developing countries — was based on heavy investment in construction and related industries, such as steel and cement, in order to expand the nation's infrastructure. Such industries are energy-intensive and in China relied heavily on coal, which produces large amounts of greenhouse gas emissions .

Now that much of China's infrastructure build-out is slowing, the demand for steel, cement and other building materials is decreasing, while at the same time China is expanding energy investments in hydroelectric, nuclear, wind and solar power.

In fact, the increase in China's renewable energy generation is expected be larger than energy-investment increases in the European Union, the United States and Japan combined, according to the 2013 World Energy Outlook from the International Energy Agency (IEA).

These promising shifts in energy investment are not unique to China. In the United States, the Energy Information Administration suggests that in the coming year, more new solar electricity-generating capacity will come online than natural gas, wind or petroleum combined.

Industries are making the transition even faster than government: American businesses made deals to acquire 3.4 gigawatts of renewable energy in 2015, nearly double the peak power generation of the Hoover Dam.

Of that amount, two-thirds came from first-time buyers, according to the nonprofit Rocky Mountain Institute, a leading source on addressing climate change through market-based solutions. The most-promising trend shows older established companies — like Owens Corning, Procter & Gamble and HP — joining well-publicized new industry leaders like Amazon, Google and Ikea in making the transition toward renewable energy purchases. For example, last year, Owens Corning signed an agreement with Chicago-based Invenergy for 125 megawatts of capacity, equivalent to the power needed for 30,000 households or more, from a wind farm being built in Texas.

Beyond industry — beyond government — a third, large-scale stakeholder is innovating in the context of climate change: academia. Responding to a growing demand from their students and faculty to transition away from fossil fuels, colleges and universities such as Ohio State University and the University of Oklahoma are among the partners with the largest U.S. green power contracts, according to the U.S. Environmental Protection Agency.

Like recent progress in the United States and European Union, China's energy landscape has continued to diversify, according the Grantham report. Hydroelectric, nuclear, wind and solar power are all expanding and accounted for more than 11 percent of the nation's primary energy consumption by the end of 2014.

Perhaps most notably, coal consumption, which powered so much of China's forward momentum in the previous decade, saw no growth in 2014 and actually declined in 2015.

Whether China's emissions peak has actually crested, the trends there and elsewhere are becoming more evident: Nations and companies across the world are making the transition to clean energy alternatives and putting their money behind those investments in order to foster new, innovative paths to a lower-emission future.

Global perspectives have shifted toward encouraging nations to finally respond to climate change, but the window for action to avoid catastrophic climate impacts is limited. New technology is opening opportunities to reduce global emissions, and China's move toward renewable energies is at the forefront, such as their world-leading number of solar-voltaic installations for power generation.

It's up to the rest of the world to continue to look forward, not back, to enhance global prosperity, reduce risks to communities, and sustain healthy ecosystems on which people depend.