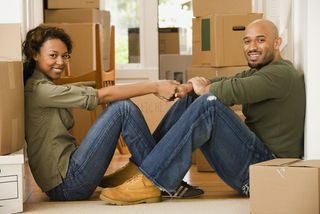 Americans are more likely to accept the idea of living together out of wedlock and having children out of wedlock than they were a decade ago, according to a new report of the nation's attitudes toward marriage, childbearing and sexual behavior.

Americans are less likely, however, to accept the idea of divorce than they were a decade ago, according to the report, released today (March 17) from the Centers for Disease Control and Prevention (CDC). In the report, the researchers used data from the National Survey of Family Growth collected in 2002, 2006 to 2010, and in 2011 to 2013. Over 45,000 people ages 15 to 44 were included in the surveys.

The survey reflects changes in behavior that have been going on for some time, said Paula England, a professor of sociology at New York University. [13 Facts on the History of Marriage]

These results are not entirely surprising, because they're following general trends, Manning told Live Science.

Manning attributed this trend in positive attitudes toward living together out of wedlock to what she calls the "cohabitation revolution."

More and more Americans are serially cohabiting, Manning told Live Science. This increase is driven in part by the fact that the average age of marriage is going up, Manning said. People see living together as a path toward marriage, and it gives them a chance to help test out their relationships, she said. People also think living together is a good thing, because they think it will help prevent divorce, she added.

Indeed, 60 percent of women and 67 percent of men agreed that living together before marriage may help prevent divorce, according to the report. (The researchers collected data on this only in 2006 to 2010 and 2011 to 2013, and the results did not change.)

Similar to the shifts in attitudes toward cohabitation, there has also been an increase in the percentage of Americans who agreed that it is okay for unmarried women to have and raise children. In 2002, 70 percent of women agreed with this sentiment, compared with 78 percent in 2011 to 2013, and for men, 59 percent agreed in 2002, compared with 69 percent in 2011 to 2013, according to the report.

This appears to fall in line with the increase in the number of Americans living together before getting married, Manning said. People may be having children during this time, she said.

The data on sex-same relations is not surprising, England told Live Science. Since about 1990, Americans from a number of groups, including men, women, those from all socioeconomic levels, and blacks and whites, have been becoming steadily more liberal on this issue, she said. "It's really consistent with what we find from other surveys," she said. [Same-Sex Marriage: 6 Effects of the Supreme Court's Decision]

This finding is very different from the others, England said. While the other findings indicate that trends are going in a more liberal direction, the attitudes toward divorce are moving in a more conservative direction, she said.

England noted that it can be difficult to obtain answers concerning attitudes about divorce. For example, if you ask couples about it when they get married, it's unlikely you'll find people who say they think they will get divorced in the future, she said.

Divorce rates were higher in the 1960s and 1970s, and then leveled off from 1980 on, England said. Some people speculate that the shift away from divorce could be because parents may think that divorce could put their children at a disadvantage, she said.

Another potential explanation for the more negative attitude toward divorce could be because of how Americans think of marriage.

We think so highly of marriage, so it may be that the fear of divorce looms large, Manning said.