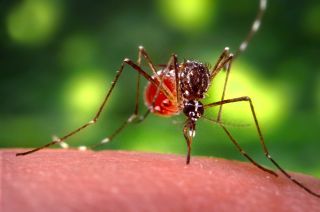 Pregnant women may not need to avoid travel to all areas where the Zika virus is spreading — health officials say that, in high elevations, there is a low risk of becoming infected with the virus.

The new recommendations, from the Centers for Disease Control and Prevention, come after the agency analyzed data from 16 countries with elevations above 4,900 feet (1,500 meters). They found that the mosquito that spreads the Zika virus, known as Aedes aegypti, is unlikely to live in areas above 6,500 feet (2,000 m).

"Consequently, at elevations above [6,500 feet], the risk for mosquito-borne exposure to Zika virus is considered to be minimal," researchers from the CDC said in a report published today (March 11).

Health officials are concerned about a link between Zika virus in pregnant women and microcephaly, a birth defect in which the baby's head is abnormally small. The CDC now recommends that pregnant women avoid travel to areas that have Zika virus and are less than 6,500 feet below sea level. (The CDC's previous recommendation was a blanket warning against travel to these areas for pregnant women.)

The agency has even created maps of each of the 37 countries where Zika is spreading, and indicated which areas are above 6,500 feet. (The maps can be found within the travel notice for each country.) [Zika Virus FAQs: Top Questions Answered]

But this apparent ease in Zika travel warnings comes with several caveats. First, pregnant women are still at risk for Zika if they travel through any area with an elevation below 6,500 feet, including travel into and out of a low-elevation airport, the CDC said.

"Traveling through an area of low elevation or stopping, even briefly, in a low-elevation area on the way to higher elevation increases the risk of getting Zika from a mosquito, and pregnant woman should strictly follow steps to prevent mosquito bites while in these areas," the agency said in a new Web page with questions and answers about Zika risk at high elevations.

In addition, the Zika virus can be transmitted sexually. As such, the CDC recommends that pregnant women use condoms, or abstain from sex, with men who have been in areas with the Zika virus that are below 6,500 feet.

High altitudes — above 8,000 feet (2,400 meters) — also have low oxygen levels that can pose a risk of altitude sickness, symptoms of which can include headache, nausea and shortness of breath. Pregnant women should avoid doing strenuous activities at high altitudes, the CDC said. Some doctors also recommend that pregnant women avoid spending the night at elevations greater than 12,000 feet (3,650 meters). High altitudes may also be hard to access or far from medical care, which may be a concern for pregnant women, the CDC said.