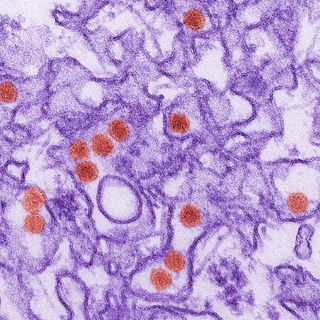 Sexual transmission of the Zika virus from men to women may be a more common mode of the virus's spread than researchers previously thought, officials said today.

Authorities at the Centers for Disease Control and Prevention (CDC) and several state public health departments are now investigating 14 new reports of possible sexual transmission of Zika virus. All of them involve men in the United States who had recently traveled to places where the virus is actively spreading, and their female sex partners who had not traveled, the CDC announced today (Feb. 23).

The agency stressed the importance to men of following its recent recommendation: those who travel to areas known to have Zika virus cases should use condoms or abstain from sexual activity with their partners, particularly if those partners are pregnant.

Currently, researchers think that the main way that people become infected with Zika virus is from the bite of an infected Aedes aegypti mosquito, the same species that transmits dengue fever and chikungunya disease, according to the CDC. But sexual transmission of Zika has been reported in a few previous cases, and the virus has been found to persist in semen long after a man has recovered from the infection.

The virus is causing infections in South and Central America as well as in the Caribbean, where these mosquitoes are found, according to the CDC. The infection itself is mild, and only 1 in 5 people infected with Zika virus even become ill. The most common symptoms are fever, rash, joint pain and conjunctivitis (red eyes). [Zika Virus News: Complete Coverage of the 2016 Outbreak]

But pregnant women who become infected with Zika may have babies born with a condition called microcephaly. The condition causes a small head and brain, and it can lead to severe, lifelong cognitive impairments.

Several of the possible cases of sexual transmission that the CDC is now investigating involve pregnant women, the agency said.

Officials have not definitively linked Zika with microcephaly, and studies are underway to look at whether there may be a causal connection.

Additionally, the CDC noted in its statement that there is no evidence yet that women can transmit the disease through sexual activity.