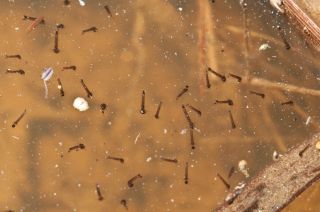 A recent report claims that a pesticide in Brazil's drinking water could be the culprit responsible for the country's recent alarming rise in microcephaly, but experts say there is no evidence to support this claim, and furthermore, that such a link is not biologically possible.

The report, compiled by a group of doctors in Argentina called Physicians in Crop-Sprayed Towns (PCST), appeared online Feb. 9, claiming that Brazil's clusters of microcephaly — a congenital condition that causes babies to be born with undersized heads and face lifelong impairments­, and which is widely suspected to be linked to the Zika virus outbreak — are in fact caused by a pesticide called pyriproxyfen, which targets the growth of insect larva, including the larvae of the mosquitoes that spread the Zika virus.

PCST suggested that since pyriproxyfen inhibits the mosquito larvae's growth, it could have a similar affect on a developing fetus. "The evolution from zygote to embryo, from embryo to fetus and from fetus to newborn, is not far from the development process of the mosquito affected by pyriproxyfen," the report said.

But experts disagree. Ian Musgrave, a senior lecturer in the Faculty of Medicine, School of Medicine Sciences at the University of Adelaide in Australia, explained in a statement that although pyriproxyfen does regulate growth, it "is not plausible" that the substance could cause birth defects in humans.

"Pyriproxyfen acts by interfering with the hormonal control growth cycle of insects from hatching, to larvae, to pupa," Musgrave said. "This hormone control system does not exist in organisms with backbones, such as humans, and pyriproxyfen has very low toxicity in mammals as a result." [Zika Virus News: Complete Coverage of the 2016 Outbreak]

Scientists have also conducted extensive testing in animals to investigate the effects of pyriproxyfen on reproduction. "In a variety of animal species, even enormous quantities of pyriproxyfen do not cause the defects seen during the recent Zika outbreak," Musgrave said in the statement.

Public health researchers have not yet proven a link between Zika and microcephaly, but are rapidly accumulating evidence that points to a connection, with several studies revealing Zika DNA in amniotic fluid and in the tissues of fetuses with the condition.

Pyriproxen was introduced into drinking water reservoirs in Brazil during the second half of 2014 by the Ministry of Health, in order to cope with a growing mosquito problem. As water access in poor communities in northeastern Brazil can be intermittent, many people stored water in their homes, creating favorable breeding conditions for the Aedes mosquitoes. The pesticide interrupts the growth cycle of the Aedes group of mosquitoes, which spread Zika as well as other viruses.

In the U.S., pyriproxyfen is not permitted to be used in drinking water, according to a statement emailed to Live Science from the Environmental Protection Agency (EPA). However, when the EPA assessed pyriproxyfen in 2015, the agency found that "no risks of concern were identified" in pyriproxyfen exposure resulting from a combination of food, water and residential uses.

According to an agency representative, the "EPA has thoroughly evaluated all registered uses of the pesticide pyriproxyfen in the United States and has determined that it is safe for developing mammals, including humans, and for the wildlife, fish, plants and endangered species."

On Saturday (Feb. 13), authorities in the state of Rio Grande Do Sul in Brazil issued an announcement saying that they were suspending the use of pyriproxyfen in drinking water, due to the concerns raised by PCST.

However, abandoning the pesticide could carry serious consequences for human health, according to Andrew Batholomaeus, a consultant toxicologist from the School of Pharmacy at the University of Canberra in Australia.

Batholomaeus said in a statement that this would likely lead to more illness and deaths from mosquito-borne diseases. "If these reports and suggestions are motivated by anything other than ignorance and poor scholarship they are deserving of the most strident condemnation," he said.