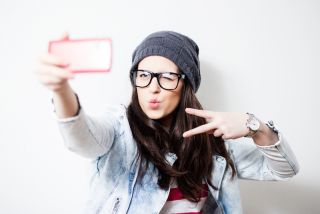 Millennials have heard it before: People born between the early 1980s and the early 2000s are the most narcissistic, individualistic and self-absorbed generation in recorded history.

Plenty of people have tried to explain this shift, pointing fingers at coddling parents and social media. But research actually suggests that millennials aren't especially awful, as generations go. In fact, American culture has been getting increasingly individualistic for at least a century, and it's likely that socioeconomic structure is to blame.

Researchers reporting in 2013 in the journal Psychological Science found that socioeconomic changes preceded changes in individualism, particularly the change from a blue-collar manufacturing economy to one full of white-collar office workers. Meanwhile, cross-cultural research suggests that countries with greater income inequality tend to have citizens with higher self-regard. Income inequality has been on the rise in the United States since the 1970s. [7 Things That Will Make You Happy]

"Part of the answer has to be these socioeconomic processes and the distribution of wealth within the country," said Yoshihisa Kashima, a psychologist at the University of Melbourne in Australia who studies how cultures are formed and maintained.

How the generations have changed

Research presented in January at the annual meeting of the Society for Personality and Social Psychology in San Diego found that millennials don't really like being called narcissistic and entitled. However, research suggests that these labels are, indeed, true — though not necessarily to the extent that the media and marketers make them out to be.

Though American culture has been getting more individualistic, the changes are small from generation to generation.

For the past century, cultural indicators of individualism — such as self-focused words in books, unique baby names, and less enmeshed family structures and living situations — have been on the rise, said Igor Grossmann, a psychologist at the University of Waterloo in Ontario who published findings to that effect in 2015 in the journal Psychological Science.

"Each generation probably viewed the younglings as the most egocentric as opposed to older adults," Grossmann told Live Science. "That was probably true for people in the 1930s as it is true now."

Meanwhile, research on large, reoccurring surveys of Americans that have been ongoing since the 1960s find trends toward greater self-regard. Compared with Americans of the same age in previous generations, today's youth are more entitled and narcissistic, according to research pioneered by psychologist Jean Twenge of San Diego State University. [7 Personality Features That Are Bad for You]

It can be tricky to interpret these surveys, Kashima told Live Science, because they weren't necessarily designed to measure personality traits like narcissism, and because people in the past might have interpreted questions, as they were worded, differently than people today would. Nevertheless, he said, when combined with other cultural measures of individualism, the majority of the research points to the same go-your-own-way trend.

One 2012 paper published in the Journal of Personality and Social Psychology, however, does suggest that there may be some exceptions to the rule. That study found that Americans value obedience in children less than in the past and see social contribution as less important for a good life — both signs of individualism. But Americans are no less likely today than in the past to value friends and relatives, and are more likely to believe in unconditional love for their parents, which are communal values.

Even more difficult than measuring generational change is determining why it happens. Joshua Grubbs, a doctoral candidate at Case Western Reserve University in Ohio, has surveyed millennials to see how they respond to being labeled as entitled and narcissistic. As part of those surveys, he asked millennials for their opinions on why the generational gap might exist. Those data have not been analyzed, Grubbs told Live Science, but common responses include changes in parenting and technology. Scientists have proposed other possibilities, including urbanization, secularism and even the number of natural disasters (the theory being that people have to band together in the face of major events).

But what's really to blame?

The most likely culprit, according to Grossmann's research, is the economy. Grossmann and his colleagues looked for cultural shifts that occurred before individualistic culture markers, like baby names and words in books, started to change. They found only a small effect of urbanization, but the real predictor of a shift toward a more me-first society was the change from blue-collar to white-collar jobs. This urbanization shift is tied up with the overall economic trend, Grossmann said, because office buildings tend to be packed into denser urban areas than sprawling factory complexes.

The timing of the changes can't prove that one caused the other, Grossmann said, but it's the closest that psychologists can get to showing causation.

Kashima agreed that the middle-class office-worker lifestyle seems to be driving the individualism trend. But the rise in narcissism and self-esteem is not necessarily the same thing as a rise in individualism, he cautioned.

These self-regard measures seem driven by another economic shift: rising income inequality. Research across different nations finds that countries whose citizens see themselves more positively (rating themselves as "above average" compared with their fellow citizens, for example) also tend to be those with the widest gaps between rich and poor.

In the post-World War II United States, the middle class grew, but that change was soon followed by a rising income gap, such that the bottom level of the income spectrum stayed steady as the top pushed ever upward, Kashima said. As these changes have developed over the decades, it's possible they've subtly altered people's behavior.

Another question is how the oft-cited culprits of parenting and technology might play into this equation. Changes in parenting that might translate to more individualistic kids could stem from socioeconomic change, Kashima said. Modern parents are no longer likely to expect their kids to grow up to be farmers or factory workers, for example.

"Parents, I think, might be trying to prepare their kids for the increase in individualism and decline in collectiveness in their parenting style, and that might have an impact," Kashima said. [10 Scientific Tips for Raising Happy Kids]

Technology's impact is also murky. Typically, media like books and newspapers exaggerate cultural trends rather than reflecting them perfectly accurately, Kashima said. But there is at least one way that tech has changed how generations relate to one another.

"Other generations didn't have the Internet, where everyone and their mom could jump on the bandwagon," said Grubbs, who was born in 1988 and qualifies as a millennial. "We're the first generation where 'kids these days get to be talked about ad nauseam online by everyone from their peers to people two to three generations removed from them."

Unfortunately, Grubbs said, no one knows whether all this chatter makes millennials want to shake off the stereotype — or throw up their hands and embrace the narcissistic urge.