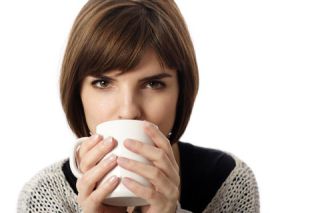 A cup of joe a day may help keep skin cancer away: A new study shows that caffeine helps kill off human cells damaged by ultraviolet light, one of the key triggers of several types of skin cancer.

The finding, detailed in Feb. 26 online issue of the Journal of Investigative Dermatology, could one day lead to the development of caffeine creams or ointments to help reverse the effects of UV damage in humans and prevent some skin cancers.

Nonmelanoma skin cancers, which rarely metastasize or cause death, are the most common form of cancer in humans, with more than 1 million new cases occurring each year in the United States alone. (Melanoma is, however, one of the deadlier cancers.)

Exposure to ultraviolet light is one of the most important factors in causing nonmelanoma cancers. The rays cause DNA damage to skin cells, which then mutate or become cancerous.

Several studies have shown that people who regularly drink coffee or tea seem to have lower incidences of nonmelanoma skin cancers. One recent study of more than 90,000 Caucasian women found that with each additional cup of caffeinated coffee consumed, there was an associated 5 percent decreased risk of developing one of these skin cancers (decaf coffee had no effect).

Caffeine also seemed, in another study, to have a protective effect on mice that had been exposed to UV light, whether they ingested it or it was applied to their skin.

But researchers didn't know how caffeine exerted its cancer-preventing influence, said Paul Nghiem of the University of Washington and a team member of the new study.

The normal cellular response to DNA damage is to activate a protein, dubbed ATR, that helps initiate repair.

But when damaged by UV light, some cells will initiate a kind of cell suicide program, which keeps them from becoming cancerous. Adding caffeine seems to stimulate more cells into triggering their suicide sequence (called apoptosis) — while only about 1 out every 500 cells will undergo apoptosis when exposed to UV, about 1 out of every 200 do when caffeine enters the picture, Nghiem told LiveScience.

By examining the effect of caffeine in human cells (for the first time), Nghiem and his colleagues determined that ATR was caffeine's target in the cell. Cells that are damaged, precancerous or dividing have more need of ATR, and if you suppress ATR with caffeine, "you can selectively kill the cells with those features," Nghiem said. So the cells most likely to become cancerous are killed before they can do so.

Of course, this finding doesn't mean that you should start guzzling down coffee and tea.

"We are by no means recommending that people change their beverage habits," Nghiem said. It would take regularly drinking six cups of coffee a day to decrease the risk of incidence by just 30 percent, and tea has only half the potency of coffee, he added.

But the finding could be used to develop a topical application of caffeine that could be targeted to at-risk skin cells, as it seems to make those cells more killable and because "caffeine itself is a potent sunscreen," Nghiem said.

That application is still years away though, Nghiem cautions.

The new research was funded by the National Institutes of Health, a Harvard Skin Cancer SPORE Career Development Award, and Shiseido Corporation.