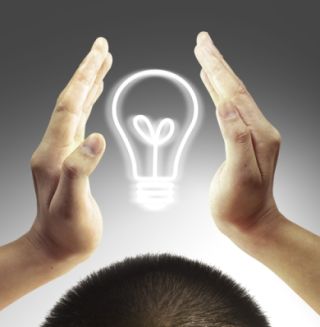 Vikram Jandhyala is the vice provost for innovation at the University of Washington. He contributed this article to Live Science's Expert Voices: Op-Ed & Insights.

Understanding how innovation actually happens is one of the most intricate, and important, intellectual conversations occurring in technology circles, and it's clear that basic knowledge — long ignored — plays a central role. As systems grow and evolve, they also stagnate. Innovation is the process to introduce new ideas and dynamics to continually energize those systems, lest they never achieve the goals for which they were established.

Basic knowledge can come from the social sciences, health sciences, policy studies, law, social work, anthropology, and critically, business and finance. Society can't fully grasp technology or technological possibilities without the basic scientific knowledge that helps us understand those fields. Basic scientific knowledge — whether it's derived from physics, chemistry, biology or engineering sciences, for example — is a huge tool kit that keeps growing, and getting refined, over time.

This doesn't mean that basic knowledge or basic science knowledge drive — or don't drive — technology innovation. That's way too linear, and even simplistic. And it's not the question we should be asking. [Report: Americans Respect Scientists, But Could Brush up on Basic Science ]

Instead, the focus must be on holistic, across-the-board thinking and influential, impactful relationships between basic science knowledge, basic knowledge and technology innovation. These huge and dynamic building blocks must work together.

Consider the work of W. Brian Arthur, a professor at the Santa Fe Institute. A former economics professor at Stanford, with a Ph.D. from Berkeley in operations research, Arthur believes that technological innovation is based upon the "orchestration of phenomena, natural effects working together." As a result, said Arthur, "There's no question that superb science and technology education at all levels pays off hugely, hugely, hugely. I can't exaggerate it. It's the ability to master and have in your quiver huge numbers of functionalities and a deep understanding of how phenomena work."

Connecting science and technology is the key point here.

History shows that without basic knowledge and basic science knowledge in the mix, innovation progresses poorly. Thomas Edison, for example, removed virtually all science from the equation as he groped his way toward the commercialization of the light bulb. His rival, the deeply insightful Tesla , on the other hand, functioned more like a basic scientist, solving problems that we didn't know existed, and arguably, was a greater innovator. [Wireless Electricity? How the Tesla Coil Works ]

It can be argued that Edison actually succeeded while Tesla ended up in obscurity. However, no one will deny that humanity lost an immense amount by not supporting Tesla's innovations — some of which have not been replicated even to the present day, such as wireless power. Tesla would have got us where we needed to be sooner, and then propelled us forward. Such blending of basic science with careful observation and serendipity have driven some of humanity's most important breakthroughs, from Marie and Pierre Curie's work with radioactivity to Alexander Fleming and penicillin.

In our modern era, we are rightly impressed by the amazing, ubiquitous apps, in all their digital wizardry, showing up on cell phones. But it's the basic physics and the underlying sciences of electromagnetism, electronics and communications and signal processing that deeply inform those digital breakthroughs, and even make them possible — a culmination of things Tesla visualized, and World War II and the cold war, and other influences.

In many instances these discoveries were made possible through defense-funded research, though its a delight to see that the federal government recognizes the role of basic research in all areas of innovation, as shown in the latest budget for the U.S. National Institutes of Health (NIH), U.S. National Science Foundation (NSF), and related organizations. Basic science or basic knowledge can lead to technology innovation, which in turn can lead back to even more knowledge. Think, for a moment, about all the sophisticated instruments that have been developed by technologists to study the atom, biology or deep space.

Who gets to lead?

The federal government — especially The Defense Advanced Research Projects Agency (DARPA), which was responsible for the creation of the Internet — seems to understand how to blend basic science knowledge, basic knowledge and technology. Indeed, federal funding has employed basic physics, semiconductor physics, quantum physics and condensed-matter physics to help give rise to a host of powerful and profound modern technologies that we now take for granted.

The irony here, of course, is that basic knowledge and basic scientific knowledge help support and underpin so much innovation, so if the private-capital market were to fund these less glamorous and instant-gratification areas, it might actually be able to cut its considerable risk in the seed and early-stage phases of technology development.

In the end, though, we need to acknowledge the enormous body of basic knowledge and basic scientific knowledge that the human race has created over time.

We don't want a society where every time a light switch is turned on, people are amazed and awestruck by what they think is magic or a miracle.

Researchers have worked long and hard to acquire such fundamental and critical knowledge, and as always, it's readily available to innovators. If we recognize and harness this seriously relevant — but often undervalued — asset, I believe that our society can benefit for generations to come.