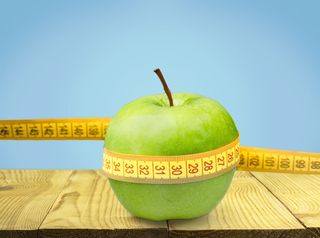 People who have been overweight or obese at any time during their lives may be more likely to die early, even if they lose weight later, a new study suggests.

Among the people in the study, those who had ever been overweight were 19 percent more likely to die during the 23-year study period, compared with those who had never exceeded normal weight.

The new study "sheds light on the need for greater efforts to stem the obesity epidemic," said study author Andrew Stokes, of the Boston University School of Public Health. [The Best Way to Lose Weight Safely]

"Imagine if you compared nonsmokers to smokers," Stokes said. "If there are former smokers in the nonsmoking group, it is going to skew the comparison."

One such study, published in January 2013, suggested that being overweight could actually increase a person's life span, Stokes said. Moreover, that study found that being mildly obese was actually associated with no increased risk of death, he said. "You had to be morbidly obese to experience any elevated risks for death," according to those findings, Stokes said.

But the new study found that, "quite to the contrary, risks increase at every level of body mass index above the normal weight category," he told Live Science.

The new results suggest that the problem of obesity needs to be taken very seriously, Stokes said. "We see that obesity is affecting many people in a population," he said. "It is not just restricted to certain individuals or groups." This is why the solutions to the high rates of obesity really need to target not only individuals, but also the population as a whole, he added.

Dr. Mitchell Roslin, chief of obesity surgery at Lenox Hill Hospital in New York City, who was not involved in the new study, stressed the importance of physical fitness for the reducing the health risks that can come with obesity.

"Bottom line is that not all heavy people will die young," Roslin told Live Science in an email. "But those who are not fit [or who] have metabolic conditions such as diabetes or severe sleep apnea have a disproportionately high risk."

The new study was published Monday (Jan. 4) in the journal PNAS.