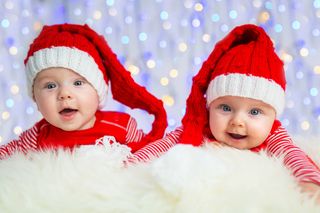 The U.S. twin birthrate reached a record high in 2014, a new report finds.

The "twinning rate" has nearly doubled since 1980, when the rate was 18.9 twins per 1,000 births, the researchers wrote in their report, published today (Dec. 23) by the CDC's National Center for Health Statistics. [10 Scientific Tips for Raising Happy Kids]

Changes in fertility treatments — such as implanting three or fewer embryos — have likely attributed to the decline in triplet and higher-order birthrates, the researchers wrote.

A previous report from the CDC found that the infant mortality rate also reached an all-time low in 2014.