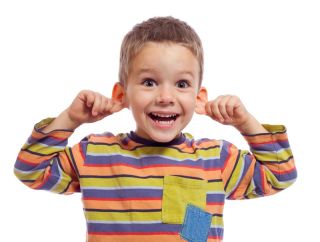 Around the human ear are tiny, weak muscles that once would have let evolutionary ancestors pivot their ears to and fro. Today, the muscles aren't capable of moving much — but their reflex action still exists.

These muscles are vestigial, meaning they're remnants of evolution that once had a purpose but no longer do. However, humans may be able to repurpose these useless muscles for their own uses, according to Steven Hackley, a psychologist at the University of Missouri and author of a new review of research on the forgotten muscles in the journal Psychophysiology. For one, these muscles activate in response to positive emotions, for reasons nobody truly understands. This odd fact creates a handy tool for psychologists seeking an objective way to measure emotion.

And then there are the educational implications: This muscle reflex is new evidence against the notion of creationism or intelligent design, Hackley said.

Another question: Why study these useless muscles at all?

The use of tiny muscle responses to study emotions goes way back, Hackley said. Researchers have found that people have an elevated "startle" response — measured by the twitching of muscles below the eye — when they're experiencing a negative mood rather than a positive mood. This makes sense, he said, if you think about watching a horror movie late at night and hearing a sudden crash from outside. You're likely to be far more spooked than if you'd been watching a romantic comedy.

About a decade ago, psychologists tried to find this same response in the vestigial auricularis posterior muscle, which sits right behind the ear and attaches at the ear's base. Unexpectedly, the auricularis posterior doesn't respond more strongly when a person is in a bad mood; instead, its response is strongest when people are at their happiest.

"This doesn't make sense," Hackley said. "There's nothing intuitive about it."

Even in people capable of wiggling their ears, the auricularis posterior reflex is too weak to actually move the ear. At first, Hackley said, researchers thought this muscle's engagement during happiness had to do with nursing: Perhaps some ancestor's infants learned to pull their ears back and out of the way while suckling, thus associating the muscle movement with the pleasure of food.

But experiments found no evidence for this nursing hypothesis. Now, Hackley is looking in a different direction. The tiny ear muscles are linked to the facial muscles that pull the mouth into a smile, he said — grin big, and you'll feel your ears retract. Perhaps the feeling of happiness primes the smile muscles for action, including the useless auricularis posterior. [Smile Secrets: 5 Things Your Grin Says About You]

Whatever the reason for this odd muscle activation, it's useful for psychologists. Self-reported emotion questionnaires can be inaccurate if people lie or aren't even aware of subtle emotions. Muscle responses don't like.

In the battle over evolution, creationists and believers in an intelligent designer often claim that so-called vestigial organs have a purpose. And in many cases, they do. The appendix, for example, was long thought to be an intestinal dead end before scientists found that it can protect helpful bacteria during illness, allowing the useful microbes to repopulate the gut.

The vestigial ear reflexes are a different story, Hackley said. Because they don't move the ears at all, they truly are evolutionary relics. There is another muscle, the transversus auriculae, that still displays an active reflex, though not one with any purpose. This muscle is within the outer ear, or pinna, and it moves the edge of the outer ear by a mere millimeter or so when the eye is rotated way to the side. In animals that can move their ears, an analogous muscle helps them rotate the ear toward whatever they are looking at, explaining the eye-ear link.

"I think I've got something here that [creationists] can't explain away," Hackley said. "Here's something in our brain that's completely useless, so why would a being of perfect intelligence put it there?"