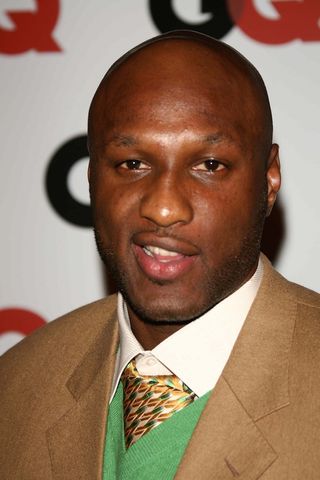 Former NBA championship winner and reality TV star Lamar Odom awoke from a coma on Friday (Oct. 16) after he was found unconscious earlier in the week at the Love Ranch brothel in Nevada. Odom took a diet supplement touted as "herbal Viagra" before falling unconscious, and while it isn't clear exactly what happened to the 35-year-old athlete, federal agencies and researchers have warned that such supplements may contain hidden drug ingredients, and cause severe side effects.

Authorities reported that Odom had also used several drugs, including cocaine and opiates, before losing consciousness.

At a news conference on Wednesday, Nye County Sheriff Sharon Wehrly told reporters that Odom had used cocaine on Saturday (Oct. 10). She also said that he had taken another, legal substance, which she called "herbal Viagra," during his stay at the ranch.

"He was taking herbal Viagra, and he was taking a lot of it," Dennis Hof, owner of the Love Ranch, told NBC news. [10 Easy Paths to Self Destruction]

Hof also told The Washington Post that Odom had purchased a supplement called "Reload" from the brothel store. A spokesperson for the Love Ranch said that Odom had purchased another "performance-enhancing" supplement called Libimax Plus from the brothel's shop, as well, according to a report by the Associated Press. In total, Odom is believed to have consumed about 10 "herbal Viagra" supplements during his three-day stay at the ranch.

Though a supposedly libido-boosting pill that you can buy at most convenience stores might not sound that dangerous, both Reload and Libimax have a sullied history with the U.S. Food and Drug Administration (FDA).

In 2009, the manufacturer of Libimax voluntarily recalled the product after a lab test conducted by the FDA found that the supplement, labeled as "all natural," contained the drug tadalafil, which is one of the active ingredients in the FDA-approved, erectile dysfunction drug Cialis. The FDA issued a similar warning regarding a manufacturer's recall of Reload in 2013, after lab tests confirmed this supplement contained sildenafil, the active ingredient in Viagra.

Both tadalafil and sildenafil cause blood vessel walls to relax, which helps men with erectile dysfunction by increasing blood flow to the penis.

And although batches of both Reload and Libimax have been found to contain drugs that are used in FDA-approved pharmaceuticals like Viagra and Cialis, neither supplement has a label that states these ingredients.

"These products either do not work, or if they do work, are potentially harmful," because they contain undisclosed drugs, Dr. Pieter Cohen, an assistant professor of medicine at Harvard Medical School and a general internist at Cambridge Health Alliance in Boston told Live Science in 2013. Although the FDA warns the public about recalls on herbal supplements, the agency does not fully control the distribution of these potentially harmful substances.

The researchers found that two-thirds of the supplements tested still contained the pharmaceutical drugs that had caused their recall.

In addition to containing undisclosed pharmaceuticals, herbal libido-boosting supplements may also contain other substances that cause blood vessel walls to relax, therefore lowering overall blood pressure to dangerous levels, according to the Mayo Clinic.

"The tough thing is that herbal Viagra really doesn't tell you what's in it," Cohen told Live Science in an email. But there is reason to believe that the supplements are potent and not the "equivalent of a nice herbal tea mixture," he added.

One of the ingredients sometimes found in herbal libido supplements is yohimbine, an extract created from the bark of the evergreen tree Pausinystalia johimbe of central Africa. The ingredient is used as an aphrodisiac in traditional medicines, but there have not been clinical studies demonstrating the efficacy of the extract for improving low libido or erectile dysfunction, according to Cohen, who published a paper on yohimbine in the journal Drug Testing and Analysis in September 2015.

The side effects of yohimbine are quite different from those of the pharmaceuticals tadalafil and sildenafil and include hypertension and panic attacks, Cohen said. But high doses of the substance might have a more serious effect, he added. Losing consciousness is not a side effect typically associated with taking yohimbine, but Cohen noted that when the extract (plus whatever other drugs may be in a libido supplement) are combined with other substances (like alcohol, opiates or amphetamines) it's possible that loss of consciousness might occur.

Odom was discovered in his room on Tuesday (Oct. 13) by a Love Ranch employee who called 911, reporting that the former NBA star and ex-husband of reality TV star Khloe Kardashian was unresponsive and that blood and "white stuff" were coming out of his nose and mouth, according to news reports.

Authorities recently took a blood sample from Odom to determine what caused him to become unconscious. However, in a news conference on Wednesday, Nye County Sheriff's Detective Michael Eisenloffel said that results from the blood test might not be available for several weeks.

Editor's Note: This story was updated with information from Dr. Pieter Cohen about the ingredient yohimbine, which is sometimes found in herbal libido supplements.